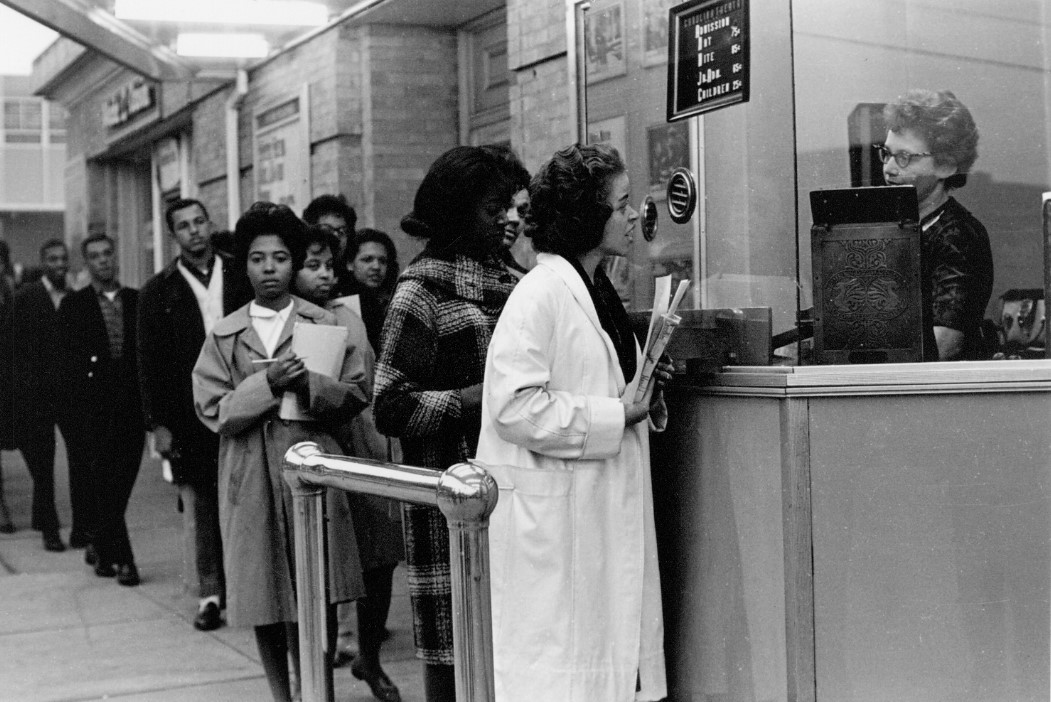 DURHAM, January 31, 2022 — The Carolina Theatre of Durham reflects on its history as Black History Month approaches.

Opening in 1926, the Carolina Theatre of Durham was one of the only theaters in Durham to admit African Americans, though there were separate entrances, ticket booths, seating, and lounges. African Americans were also forced to use the 97 un-airconditioned stairs to the second balcony to watch shows. A year after opening, famed African American opera singer, Marian Anderson, performed for an audience of all races.

In the 1960s, the Carolina Theatre became a focal point of the civil rights movement in Durham. Because the theater was a city-owned building, it had been using public funding to continue segregation. Attorney Floyd B. McKissick, along with NAACP youth leaders John Edwards, Vivian McCoy, and Walter Riley challenged this system of inequity in 1961. “Round Robin” protests began in March of 1962 as Black patrons approached the White ticket window and were turned away only to return to the back of the line and continue requesting admission.

In May of 1963 Wense Grabarek was elected mayor and worked to convince The Carolina Theatre’s management to embrace the idea of integration. In July the theater began operating without segregation, two months before Martin Luther King Jr.’s “I Have a Dream” speech and a year before the Civil Rights Act of 1964 forced other institutions in the South and nation to integrate.

The exhibit is currently open during film screenings and live events. Visitors are required to show proof of a full COVID-19 vaccination or a negative COVID-19 test taken within 72 hours of entering the theater. Masks are required at all times unless actively eating or drinking.