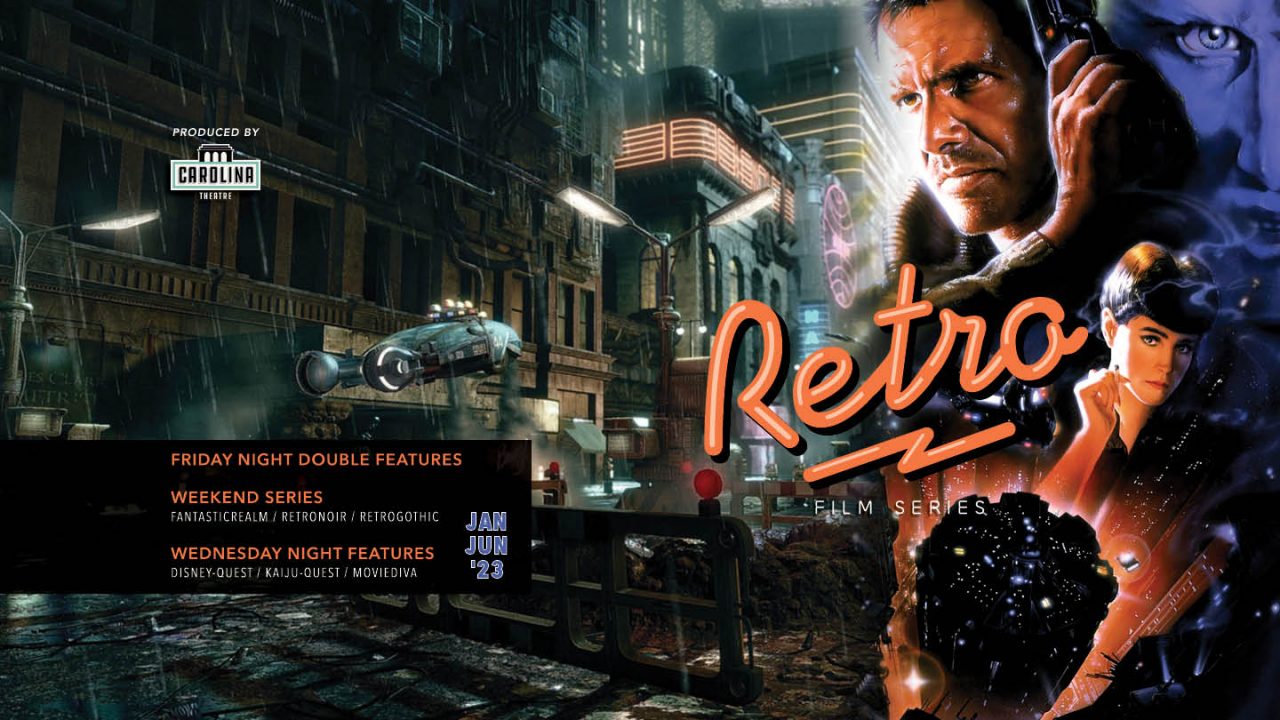 This season’s double-features include “Blade Runner” and “Tetsuo: The Iron Man,” “The Karate Kid” and “Footloose,” “Edward Scissorhands” and “Beetlejuice,” and “The Wizard of Oz” and “Meet Me in St. Louis,” and more.

Disney-Quest takes place on select Wednesdays and Saturdays. Disney-Quest features classic animated Disney movies including “Snow White and the Seven Dwarfs,” “The Lion King,” “Beauty and the Beast,” “Lady and the Tramp,” and more.

MovieDiva and Kaiju-Quest happen on select Wednesdays. MovieDiva focuses on classic films with strong female leads. Films include “Covergirl,” “Show People,” “Amélie,” and more. Kaiju-Quest is a Japanese genre of film focused on big monsters. The series includes the original Godzilla film, and a variety of films pitting Godzilla against other monsters including King Kong, Mothra, and Hedorah.

FantasticRealm, RetroGothic, and RetroNoir happen over a weekend in January, March, and June respectively. FantasticRealm is January 27-29 and features imaginative adventure, fantasy, and sci-fi films from childhood. The series includes “Forbidden Planet,” “Repo Man,” “Princess Mononoke,” “The Adventures of Buckaroo Banzai Across the 8th Dimension,” and more. RetroGothic is a gothic horror-based series from March 24-26. Films include “Black Sunday,” “The Curse of Frankenstein,” “Curse of the Demon,” “Horror of Dracula,” and more. The RetroNoir series features classic hard-boiled crime films, mysteries, and whodunnits. RetroNoir happens June 23-25. Films include “The Asphalt Jungle,” “The Killers,” “High and Low,” “White Heat,” and more.

The full series of films and more information can be found at carolinatheatre.org.