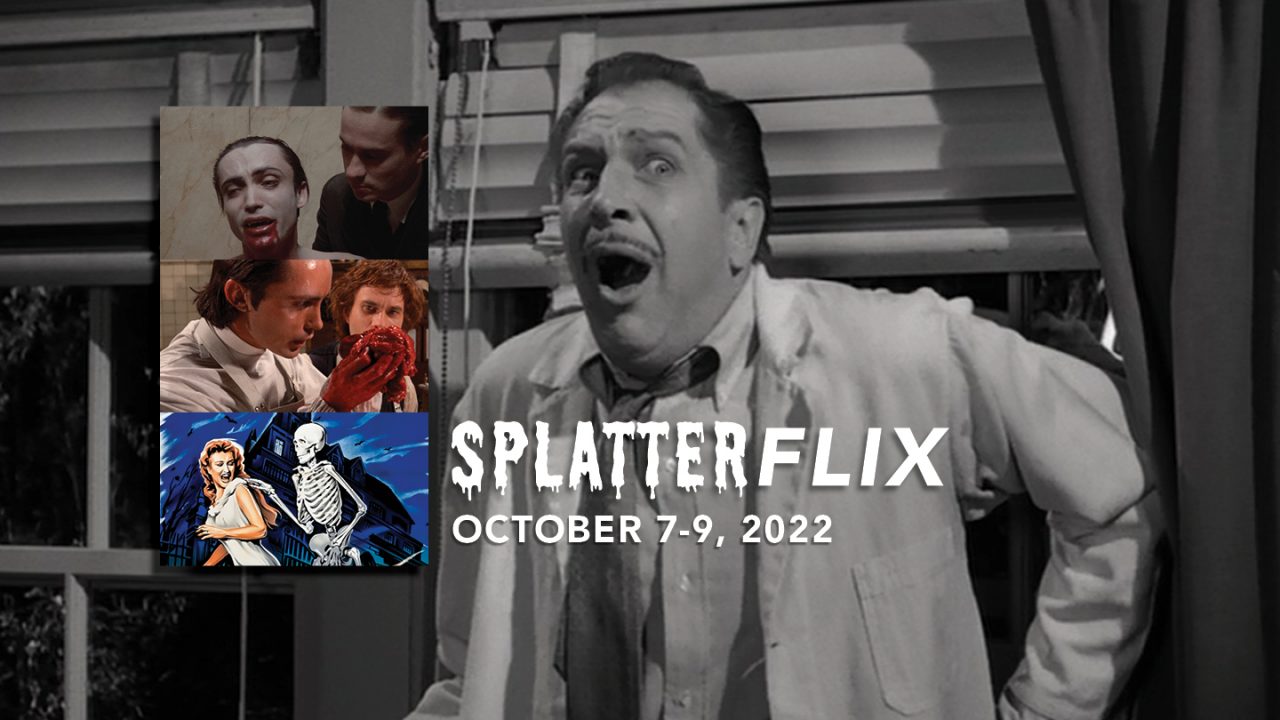 DURHAM, NC — September 26 , 2022— The Carolina Theatre of Durham will host its SplatterFlix Film Series from October 7-9.

SplatterFlix features eighteen horror films over a three-day weekend, spanning a wide variety of genres including monster movies like “Night of The Demon,” slashers such as “Nightmare on Elm Street,” comedies like “Hocus Pocus,” and dramas including  “Interview with a Vampire.”

The opening night of the series, will include a double-feature screening of “The Tingler” and “House on Haunted Hill,” featuring fog and lightning effects, and surprises fit for a William Castle film screening.

“William Castle, director of ‘The Tingler’ and ‘House on Haunted Hill,’ was known for in-theater gimmicks. Similarly, we have pulled out all the stops for SpatterFlix this year! Not only will we be serving up the goriest, scariest, and most-loved horror movies ever made, but we have a special FX-driven extravaganza planned for opening night. ” says Jim Carl, Senior Director of Film at the Carolina Theatre of Durham.

SplatterFlix is part of the theater’s Retro Film Series, which hosts double-features of classic films most Friday nights and includes several sub-series of film including MovieDiva, a series focused on strong female leads; Kaiju-Quest, a Japanese-genre focused on big monsters; and more.