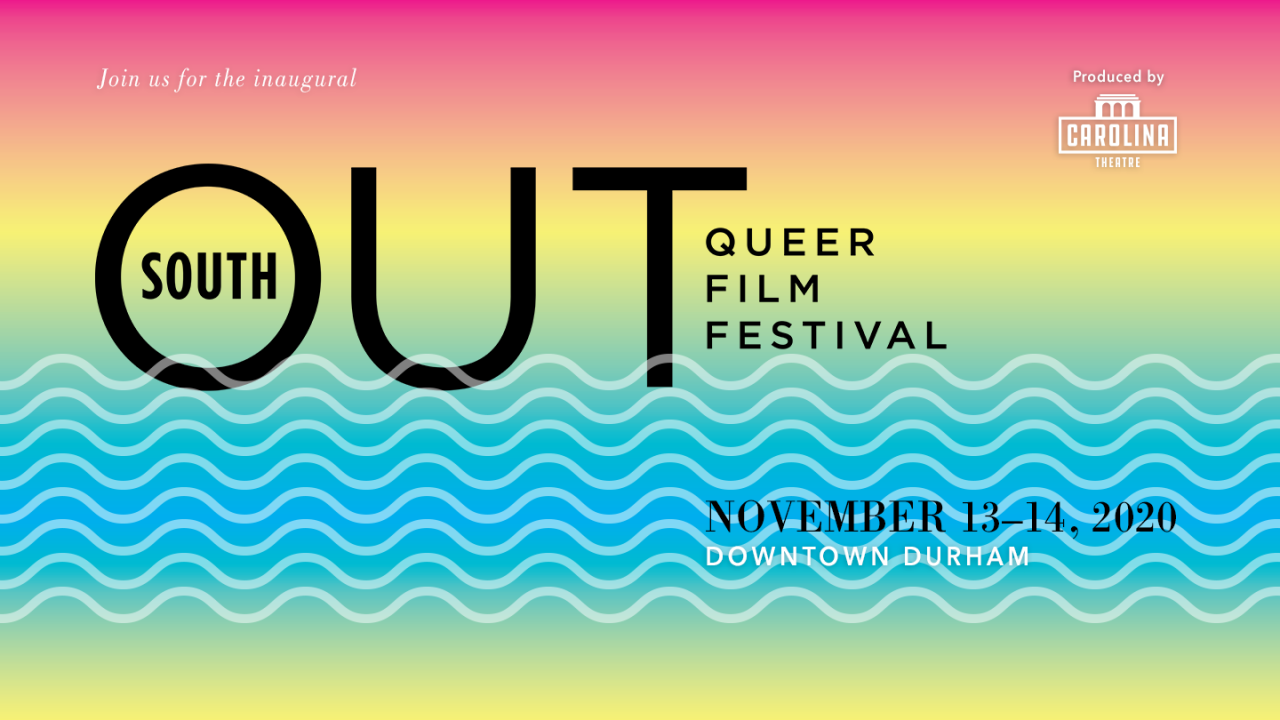 DURHAM, NC — (July 22, 2020) — In response to the ongoing national public health emergency, Carolina Theatre of Durham, Inc. has delayed its OUTSOUTH Queer Film Festival a second time in 2020. The annual event has been rescheduled from September 11 and 12 to November 13 and 14 at the historic Carolina Theatre in downtown Durham.

Organizers have selected 41 films for the two-day festival, notified all filmmakers and set a screening schedule for the perennial celebration of the queer community through cinema. The November dates are the only new change to the 2020 event, which was originally scheduled for its usual mid-August time slot before being moved to the fall. OUTSOUTH was known as the North Carolina Gay + Lesbian Film Festival (NCGLFF) from 1996 to 2019.

“Our intent has been that the inaugural OUTSOUTH would begin its journey on the 50th anniversary of the first Pride Parade, reflecting on both queer past and future,” Festival Director Chuck Wheeler said. “Our goal is to present a queer film festival unlike anything you’ve attended in past years, one that proudly embodies full visibility of all members of our community. But, we must do it safely.”

Organizers will publicly announce the exciting line-up of films, which includes five features and 36 shorts, through the OUTSOUTH Facebook page and at the Carolina Theatre website when state and local officials deem conditions are safe for the venue to fully re-open for film screenings.

Tickets will go on sale soon on the Friday after the films are announced.

“The decision to reschedule OUTSOUTH for a second time was made after much careful and thoughtful deliberation,” Wheeler said. “Our primary focus is the health and safety of our audience, the volunteers, and the Carolina Theatre staff. Because we remain in Phase 2 of reopening in North Carolina, we agreed to move the festival to a later date in 2020 that will hopefully permit a festival that can be celebrated under safer conditions.”

During OUTSOUTH, venue operations will strictly follow and enforce guidelines on physical distancing, mask requirements and other best practices as outlined by the Center for Disease Control and Prevention (CDC) and the North Carolina Department of Health and Human Services (NCDHHS).

As it does every year, the generosity of individual donors and corporate sponsors has made this film festival possible. Special thanks goes out to The Forest at Duke, Cisco and Duke Health for their support.

Please refer to the festival Facebook page and to the Carolina Theatre website for further updates on this event.