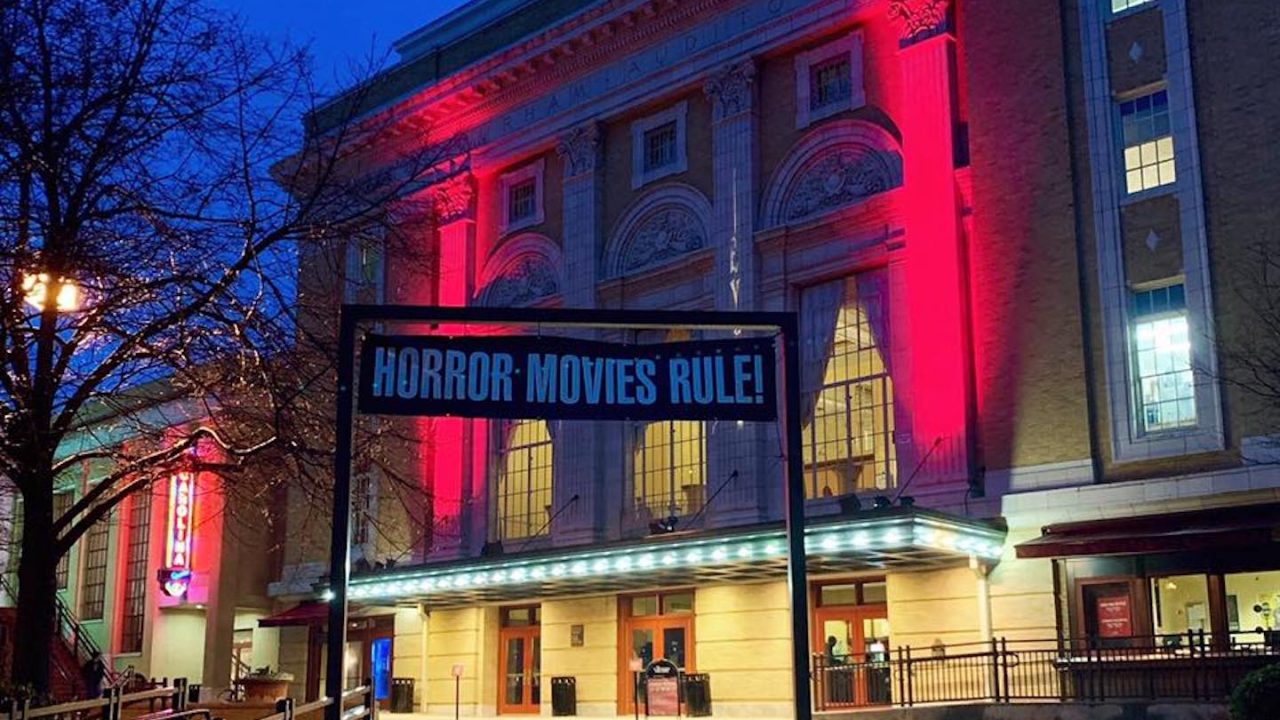 DURHAM, NC (December 10, 2020) — Determined to deliver a torrent of terrifying films for the 22nd consecutive year, the Nevermore Film Festival will be held online only February 26 to March 4, 2021, Carolina Theatre of Durham, Inc. announced today.

Even though the Carolina Theatre — the festival’s home venue — will be closed from Jan. 1- June 30, 2021 due to the pandemic, a group of dedicated volunteers, including Carolina Theatre Senior Director of Film Programming Jim Carl, will program a virtual edition of Nevermore for fans who want to experience the festival at home.

“All of us are longing for normalcy and tradition right now,” Carl said. “The pandemic has disrupted so many of our cultural pastimes. Moving ahead with Nevermore as an all-virtual fest in 2021 is an inextricable reminder that 2020 has changed the way we view entertainment, but it’s also a hopeful sign that some things endure.”

Purchasers will have 72 hours to watch films after buying them. Films purchased in advance of the film festival will unlock for viewing on Feb. 26.

Named by Film Freeway as one of its Top 100 Best Reviewed Festivals, Nevermore is a juried competition festival which programs brand-new international and domestic genre films in the categories of horror, science fiction, mystery, thriller, animation and action-adventure. Nearly 1,000 features and shorts have screened at the festival since 1999.

The Nevermore Film Festival looks forward to unleashing its fabulously frightening original programming on the cinema world on Monday, January 25.