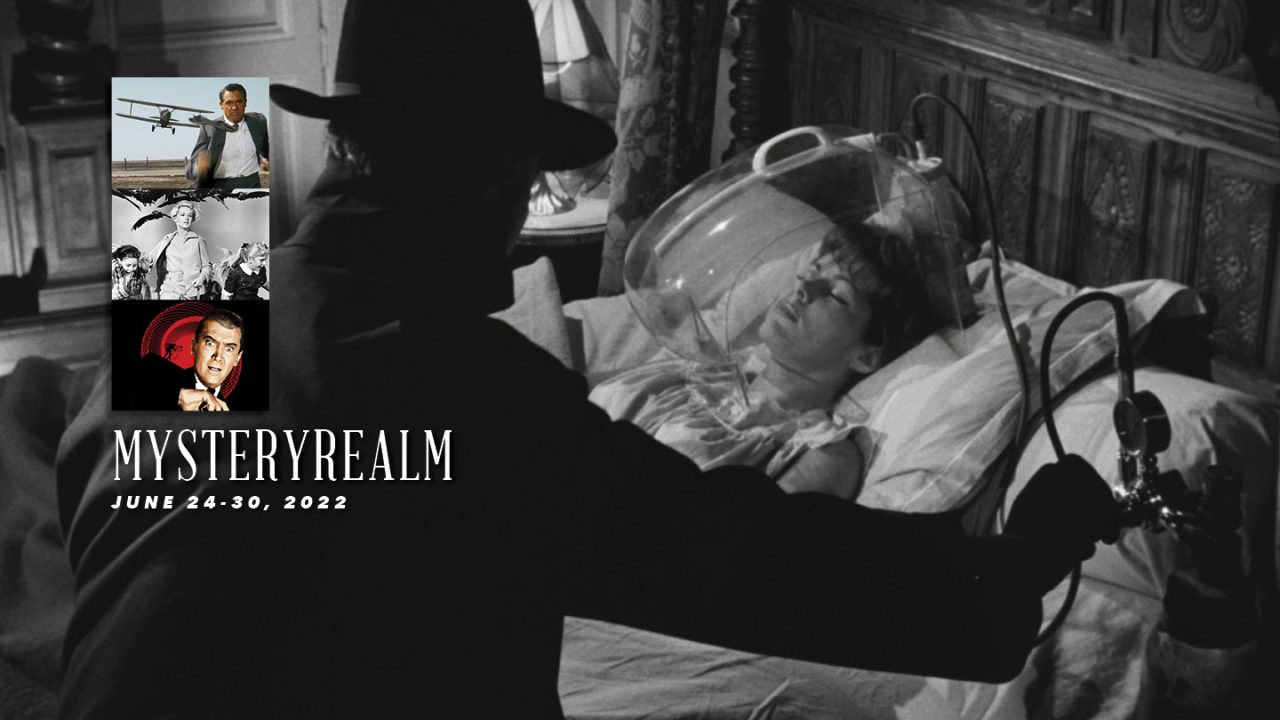 DURHAM, NC June 15, 2022— The Carolina Theatre of Durham will host its annual MysteryRealm Film Series from June 24 to June 30.

MysteryRealm presents seven suspense-filled nights of hard-boiled mysteries and whodunnits.  The series includes six classics from Alfred Hitchcock, including “Stage Fright,” “Rear Window,” “Vertigo,” “North by Northwest,” “Psycho,” and “The Birds.” The series also includes two films from best-selling British author, Dame Agatha Christie, “Murder, She Said” and “The Mirror Crack’d.”  There will also be rare screenings of “The Last of Sheila,” “Blow-Up,” “Cast a Dark Shadow,” and “Spotlight on a Murderer.”

“Mystery films are a fantastic genre of motion pictures –especially the older ones – and they’re very popular with today’s audiences,” says Jim Carl, Senior Director of Film at the Carolina Theatre of Durham. “Now that bloody special effects and blurry CGI have turned most modern mystery movies into studies in clinical pathology and digital rendering, maybe it’s time for the masters, Alfred Hitchcock and Agatha Christie, to come back and show the kids how it’s really done.”

MysteryRealm is part of the theater’s Retro Film Series, which hosts double features of classic films most Friday nights and includes several sub-series of film including MovieDiva, a series focused on strong female leads; Kaiju-Quest, a Japanese-genre focused on big monsters; RetroClassics, which features the best arthouse and epic films of all-time; and SplatterFlix, a 70s and 80s horror movie-based series; and more.