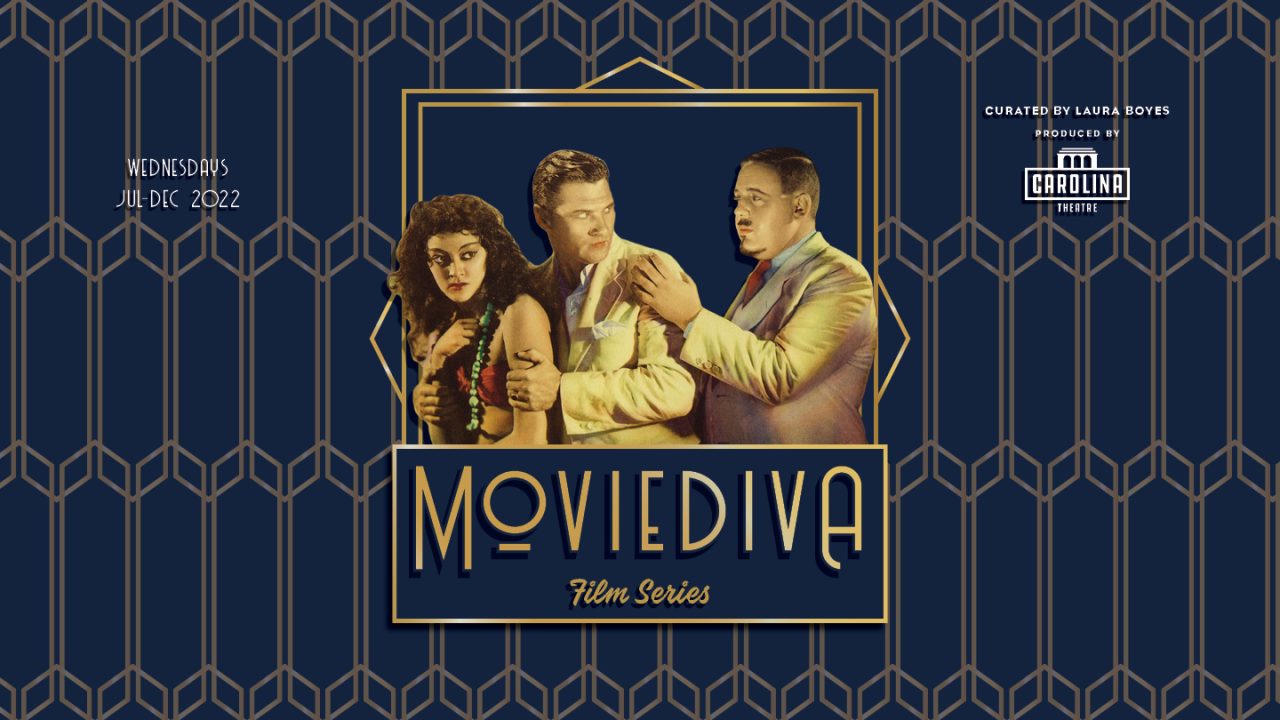 DURHAM, NC July 7, 2022—The Carolina Theatre of Durham will host its MovieDiva Film Series on select Wednesdays from July 13 to November 30.

MovieDiva focuses on classic films led by strong female characters. This installment of the series features films from a wide range of genres, including adventure films such as “Frenchman’s Creek” and “Romancing the Stone,” comedies including “Soapdish” and “Bell, Book and Candle,” and horror like “Island of Lost Souls.” All the films in the MovieDiva Film Series share one thing in common—their stories feature feisty women who aren’t content to sit idly by and let others tell them what to do.

“As always, MovieDiva searches for films with bold female characters. While films in the series date as far back as 1926, many have contemporary relevance. The conversation between the audience and the screen adds immeasurably to the experience.  For MovieDiva, it’s never just about nostalgia,“ says Laura Boyes, Curator and Host of the MovieDiva Film Series at the Carolina Theatre of Durham.

MovieDiva is part of the theater’s Retro Film Series, which hosts double-features of classic films most Friday nights and includes several sub-series of film including upcoming Kaiju-Quest, a Japanese-genre focused on big monsters; RetroClassics, which features the best arthouse and epic films of all-time;  SplatterFlix, a 70s and 80s horror movie-based series; and other special events.