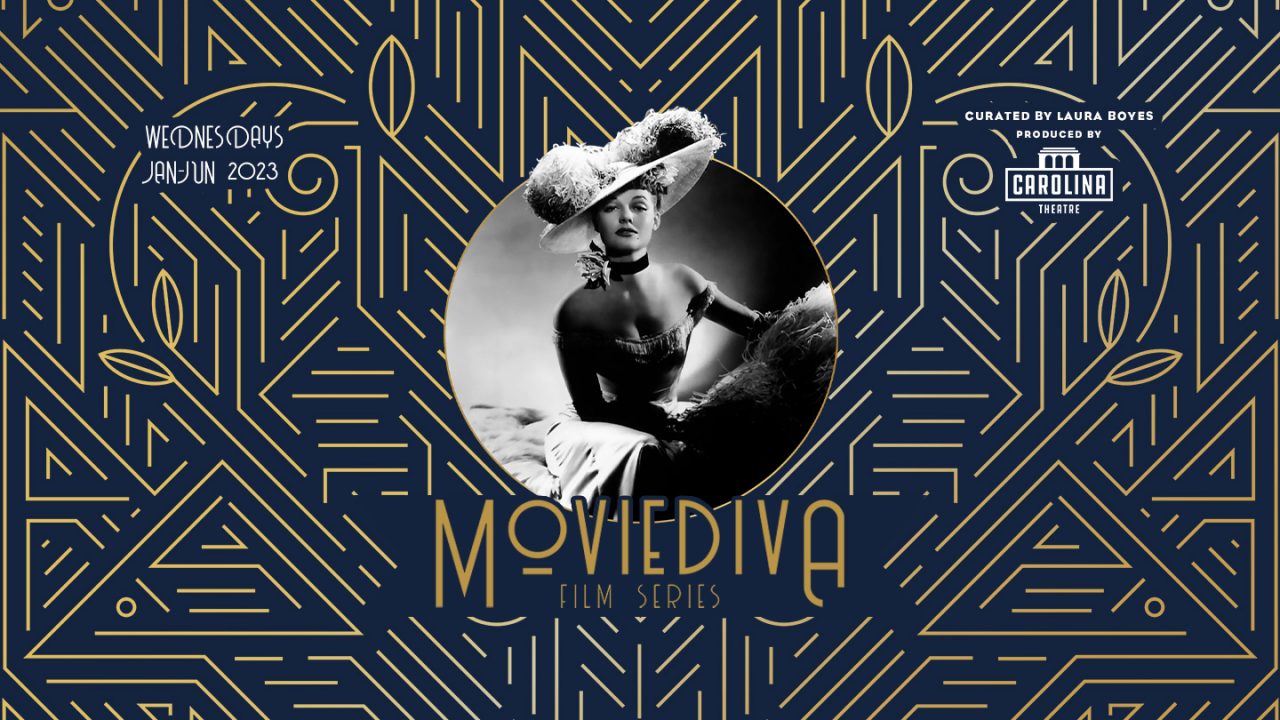 DURHAM, NC — January 18, 2022—The Carolina Theatre of Durham will host its MovieDiva Film Series on select Wednesdays from January 25 to June 30.

MovieDiva focuses on classic films led by strong female characters. This installment of the series features films from a wide range of genres, including action films such as “Spawn of the North,” silent films like “Show People,” and musicals like “Cover Girl” and “For Me and My Gal.”  All the films in the MovieDiva Film Series share one thing in common—their stories feature feisty women who aren’t content to sit idly by and let others tell them what to do.

While the series creates a space for lovers of female-led films to gather in person, the films this season also collectively touch on the theme of community. “Whether the film focuses on stage or film performers behind the scenes, boarding house tenants, or just neighbors and friends, this season of MovieDiva celebrates community on and off screen,” says Laura Boyes, curator and host of the MovieDiva Film Series.

The full series of MovieDiva films and tickets can be found at carolinatheatre.org. MovieDiva tickets are $8 per feature film.