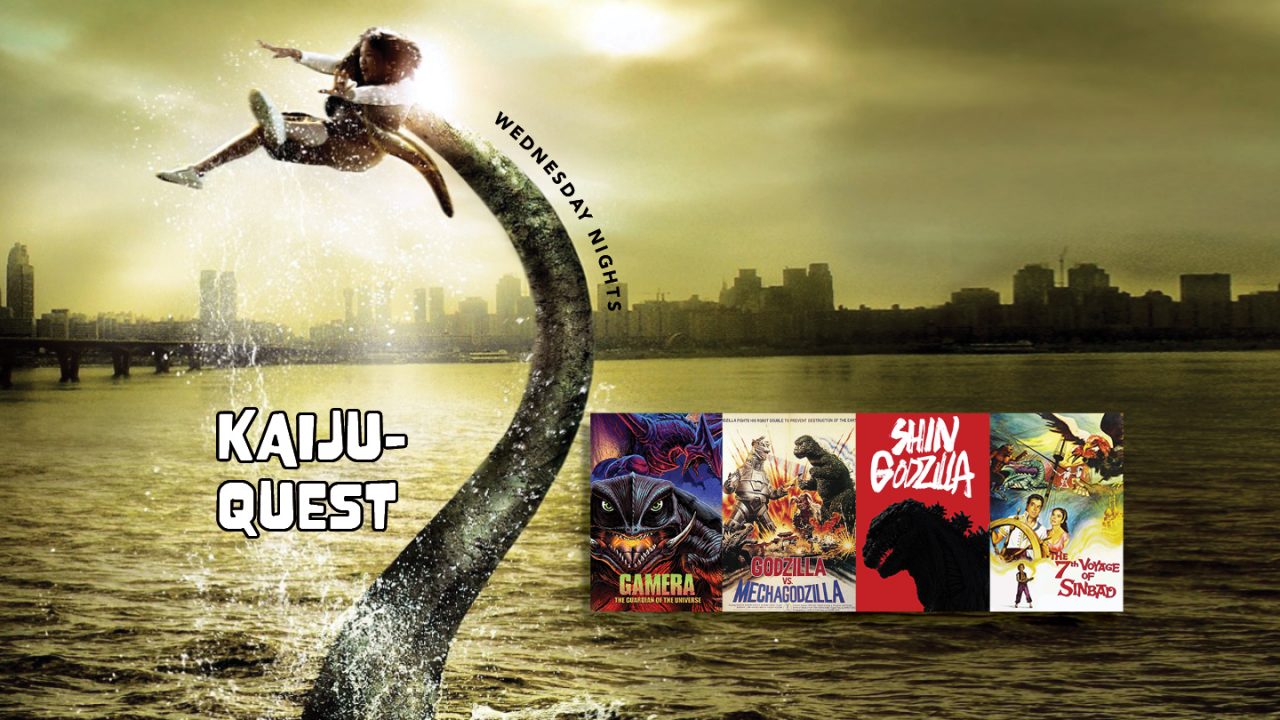 DURHAM, NC June 27, 2022— Kaiju-Quest Film Series runs at The Carolina Theatre of Durham on select Wednesdays, from July 6 through December 7.

The series will screen movies that belong to the Kaiju genre, a type of Japanese film which features giant monsters attacking major cities and battling either the military or other monsters. The ten movies screened in the series feature memorable monsters such as Godzilla, King Ghidorah, Gamera, and even some of the colossal creations of Ray Harryhausen.

“Kaiju films are timeless examples of what movies do best of all—free-ranging fantasy adventure, epic in scale, heroic in concept, and imaginative in execution. They’re fun movies,” says Jim Carl, Senior Director of Film at the Carolina Theatre of Durham. “Through the amazing monster designs and some of the greatest special effects wizardry in movies, Kaiju-Quest recaptures the magic of our favorite fantasy and adventure movies from childhood.”

Kaiju-Quest is part of the theater’s Retro Film Series, which hosts double features of classic films most Friday nights and includes several sub-series of film including MovieDiva, a series focused on strong female leads; MysteryRealm, a series comprising of classic mysteries and who-done-it’s; RetroClassics, which features the best arthouse and epic films of all-time; and SplatterFlix, a 70s and 80s horror movie-based series; and more.