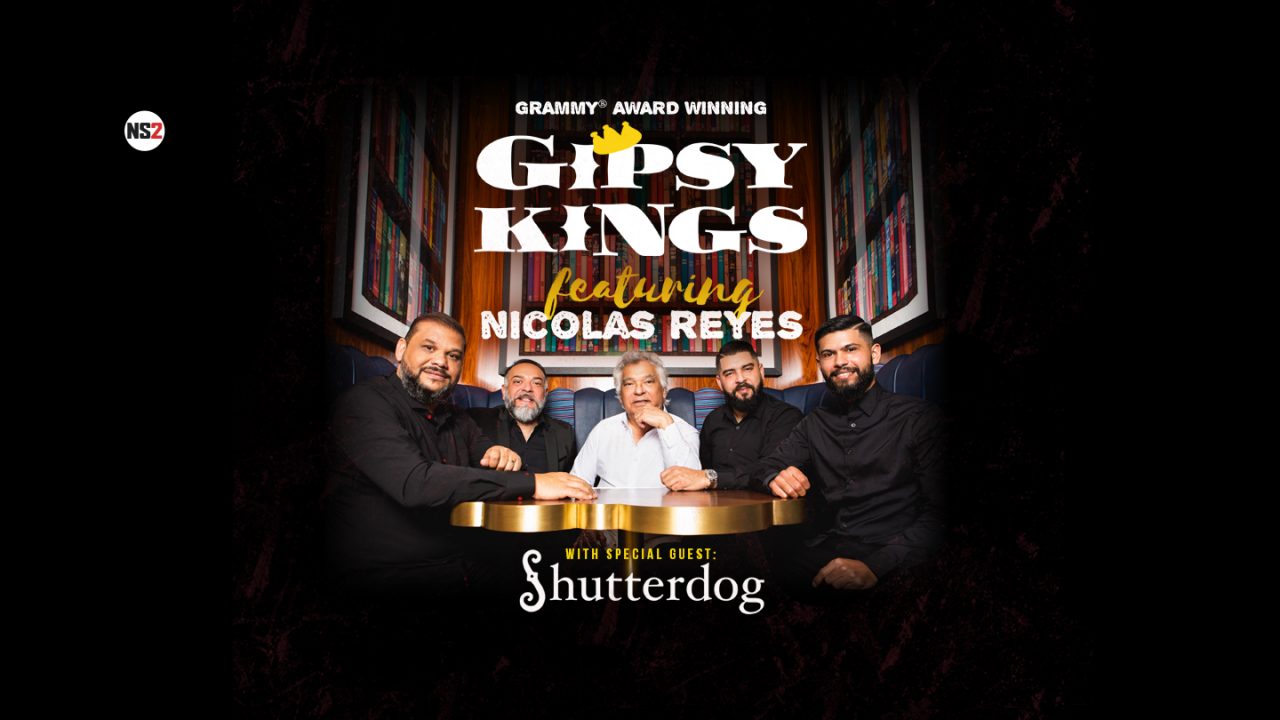 Tickets to see Gipsy Kings featuring Nicolas Reyes and special guest Shutterdog in Durham are on sale at the Carolina Theatre box office and the venue’s website, www.carolinatheatre.org.

It has been twenty-five years since the Gipsy Kings captured the world’s imagination with their self-titled debut album—a record that became a genuine phenomenon, certified gold and platinum around the globe, introducing millions of listeners to a unique, irresistible blend of traditional flamenco styles with Western pop and Latin rhythms. Since then, the Grammy Award-winning band has toured virtually non-stop, to the farthest-flung corners of the planet, and sold almost twenty million albums, all the while retaining the same line-up of virtuoso musicians.