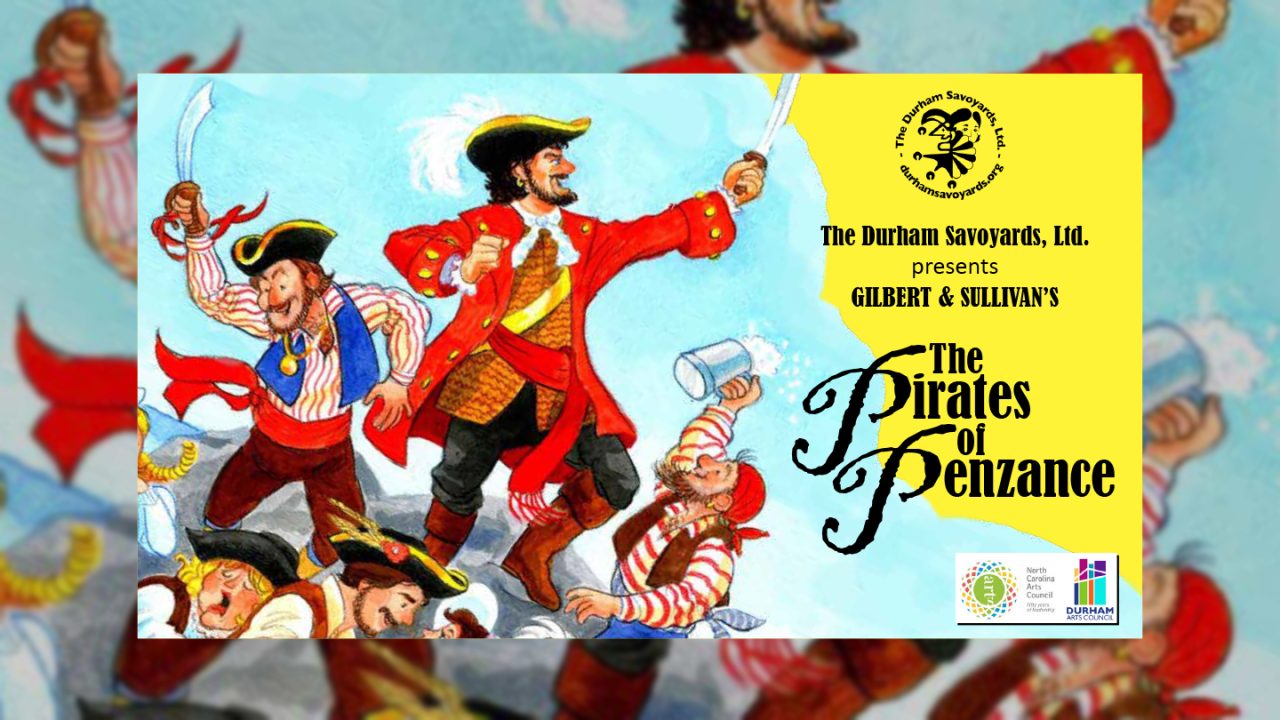 HEALTH CHECK REQUIRED: The artist is requiring masks to be worn at all times during this event unless actively eating or drinking. Health policies are subject to change. Learn more.

On March 25-27, the Durham Savoyards, Ltd. will present W.S. Gilbert and Arthur Sullivan’s The Pirates of Penzance, a musical in two acts. The Artistic Director is Melissa S. Craib Dombrowski and the Musical Director is Joanna Sisk-Purvis.

Considered by many to be the most enjoyable of the productions written by Gilbert and Sullivan, The Pirates of Penzance follows Frederic, a young man who was signed on as a pirate due to an error, but has faithfully served the terms of his contract until his 21st birthday.

Will he be able to find true love? What is the most ingenious paradox? What will happen to Ruth, the piratical maid of all work who followed her charge into the pirate crew? Who is the very model of a modern major-general? Why are there so many orphans? Can the police officers really move with cat-like tread?

To find out, join us for a fun-filled romp complete with pirates, bobbies, wards, and more!