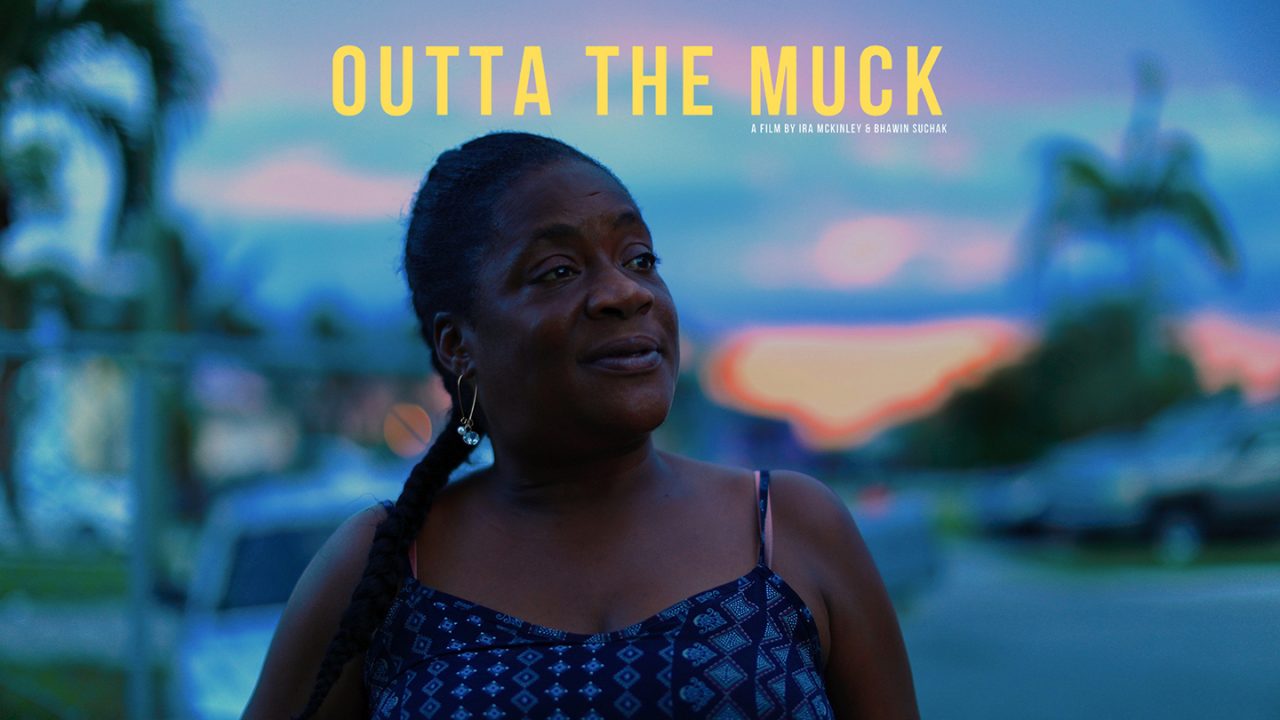 Outta The Muck - Trailer from Bhawin Suchak on Vimeo.

Directed and Produced by Bhawin Suchak and Ira Mckinley

Family, football and history come to life in an intimate portrait of the Dean family, longtime residents of the historic town of Pahokee, Florida. We take a journey back home, with filmmaker Ira McKinley, to the land of sugarcane, as he reconnects with his niece Bridget and nephew Alvin and explores their shared family history that spans seven generations. Told through stories that transcend space and time, Outta The Muck presents a community, and a family, that resists despair with love, remaining fiercely self-determined, while forging its own unique narrative of Black achievement.

THIS IS A FREE EVENT, BUT REGISTRATION IS REQUIRED TO ATTEND.

Ira Mckinley is a filmmaker and activist and the director/producer of the award-winning documentary The Throwaways. Born in Upstate New York he is now based in South Florida where Outta The Muck is set. Ira started his activism in the 1980’s when he participated in Act Up in Ithaca, NY. During the winters of 2007/2008 he started a Homeless Arts Showcase in Northampton, MA’s Pulaski Park which was inspired by his fifteen years being homeless himself. Ira is the recipient of the 2014 ACLU Carol S. Knox award, 2013 MLK Storytelling + Activist Award from Siena College, 2009 Northampton Arts Council’s Emerging Filmmaker Award, and was the 2009 Producer of the Year for Northampton Community Television. His current film Outta The Muck tells the story of his family roots in Pahokee, FL and is being produced with support from ITVS, JustFilms, Sundance, and Southern Documentary Fund.

Bhawin is an educator, filmmaker, and founding member/co-executive director of Youth FX, a media arts organization focused on empowering young people of color in Albany, NY and around the world by teaching them creative and technical skills in film and digital media while supporting self-determined communities of emerging artists. Bhawin also co-directs NeXt Doc, a year-round fellowship program that exists to amplify the voices of documentary filmmakers of color between the ages of 20-24 years old. Bhawin is the co-director, producer, cinematographer and editor of Outta The Muck (2022), a feature length documentary supported by ITVS, JustFilms, Sundance, and Southern Documentary Fund. He previously co-directed, The Throwaways (2014) with Ira Mckinley, and Free To Learn (2004).

Philip J. Merrill is an author, historian, consultant, and the Founder & CEO of Nanny Jack & Co, LLC, an African American heritage consulting firm with thousands of artifacts from 1700s to present day. He served for eight seasons as a Chesapeake Collectibles appraiser on PBS Maryland Public Television (MPT) and for six seasons as an PBS Antiques Roadshow appraiser as the Black Americana specialist. From 2006-2007, he was an Open Society Institute fellow, where he developed the “Know History, Know Self” program at Baltimore’s Booker T. Washington that used artifacts from his company’s archives to teach the students about their school, family, and community history. In 2007, he was awarded an Honorary Doctorate of Humane Letters from Eastern Theological Seminary. In 2013, Merrill’s oral history was archived in the Library of Congress by the HistoryMakers for his accomplishments as an African American business and education leader. He is currently represented by Past Preservers, a boutique talent agency that specializes in historical and scientific specialists for broadcast television and film projects.