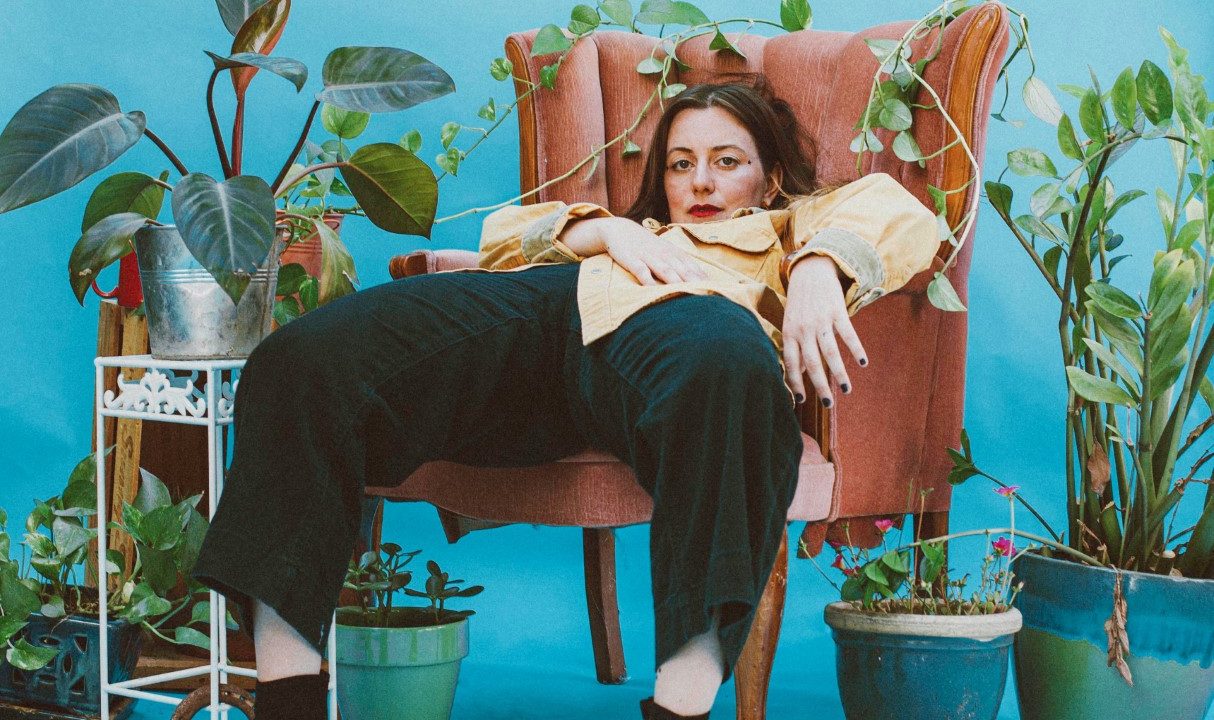 From The Window: Skylar Gudasz

Enjoy live music when Skylar Guadsz performs From The Window of the Carolina Theatre of Durham’s Connie Moses Ballroom on Saturday, October 31 during the venue’s takeout concessions hours. The artist will perform above and away from the concessions pick-up area and any guests.

No tickets will be sold or admission charged to this performance. The artist will perform while guests arrive at the venue to pick up concessions orders, and for anyone else walking through downtown Durham during Downtown Durham Inc’s The Streetery hours (5-9:30 p.m.). This live performance starts at 5 p.m.

With her luminous voice and captivating songcraft, Durham, North Carolina-based singer/songwriter/multi-instrumentalist Skylar Gudasz delivers a new album, Cinema, out April 2020, and recorded between the famed April Base in Eau Claire, WI, with Grammy-nominated producer Brad Cook (Bon Iver, The National, The War on Drugs, Waxahatchee) and in secret studios across the lush forests of the rich NC music scene with Jeff Crawford (Daughter of Swords), Ari Picker (Dante High, Lost in the Trees) and Missy Thangs (the Love Language). This is the follow-up to her full-length debut Oleander (a 2016 release that prompted praise as “the Joni Mitchell the South never had”).

Growing up in a musical family in Ashland, Virginia, Gudasz first found her affinity for music by learning to play flute at age five, and soon started writing songs of her own. She later taught herself to play piano and guitar, using alternate tunings to develop her own distinct style, and while playing in several different bands, Gudasz has continued to strike off on her own with her lushly textured, sculpted singular sound.

Gudasz has shared stages with the likes of Ray Davies, Cat Power and Sharon Van Etten as part of the Big Star’s Third tribute concerts, opened for Television & toured from the US with Teenage Fanclub to Europe with the Mountain Goats, and appeared as a background vocalist on albums by Superchunk & Hiss Golden Messenger, making her TV debut with the latter on Late Night with Seth Meyers.

Guests and staff are required to follow the public health guidelines currently in place: wear face coverings, maintain a physical distance of six feet from other guests and staff and use hand sanitizer to avoid any potential contamination. If someone doesn’t feel well, they should stay home.

Guests must follow all North Carolina Alcoholic Beverage Control Commission (NC ABC) laws regarding alcohol. No alcohol can be consumed on the Carolina Theatre’s grounds.

Carolina Theatre staff will monitor the guests in regard to compliance with existing public health recommendations. Anyone not following these recommendations will be asked to leave. If the area doesn’t seem safe, the performances will stop.

To support the programming and the staging of From The Window performances, guests and fans are encouraged to become a member of, or donate to, Carolina Theatre of Durham, Inc., the nonprofit that operates the city-owned historic venue.