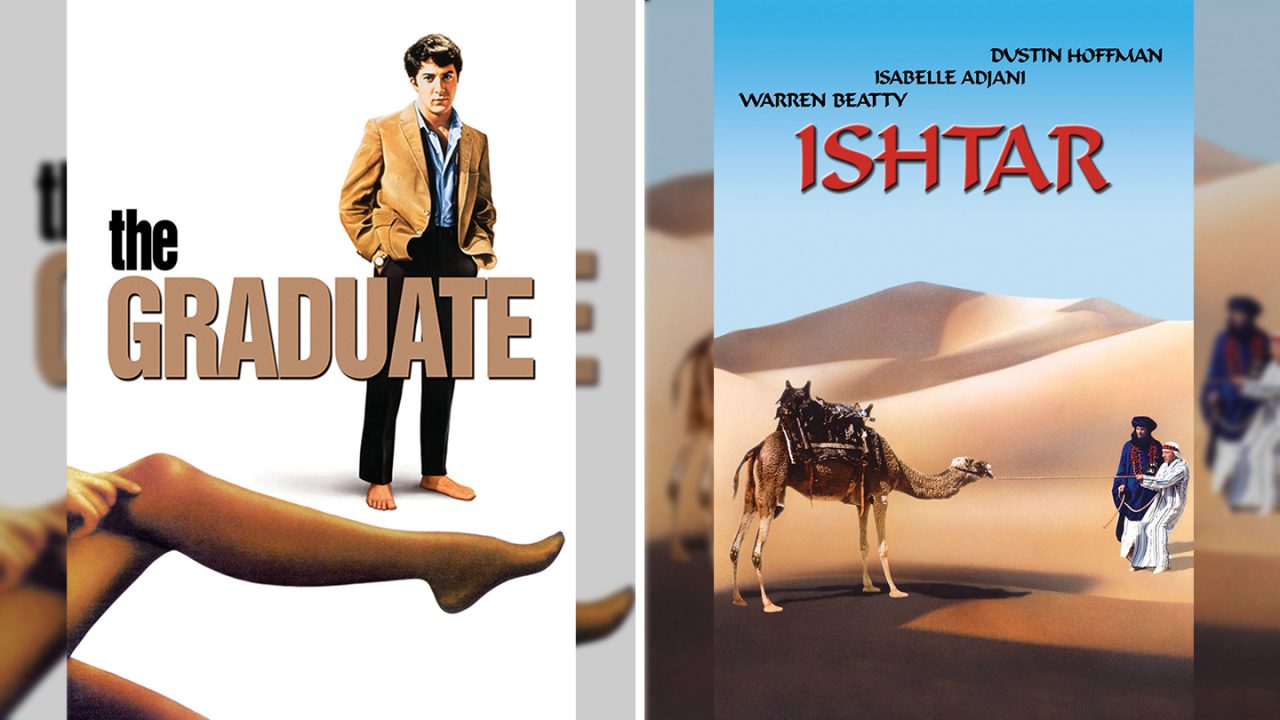 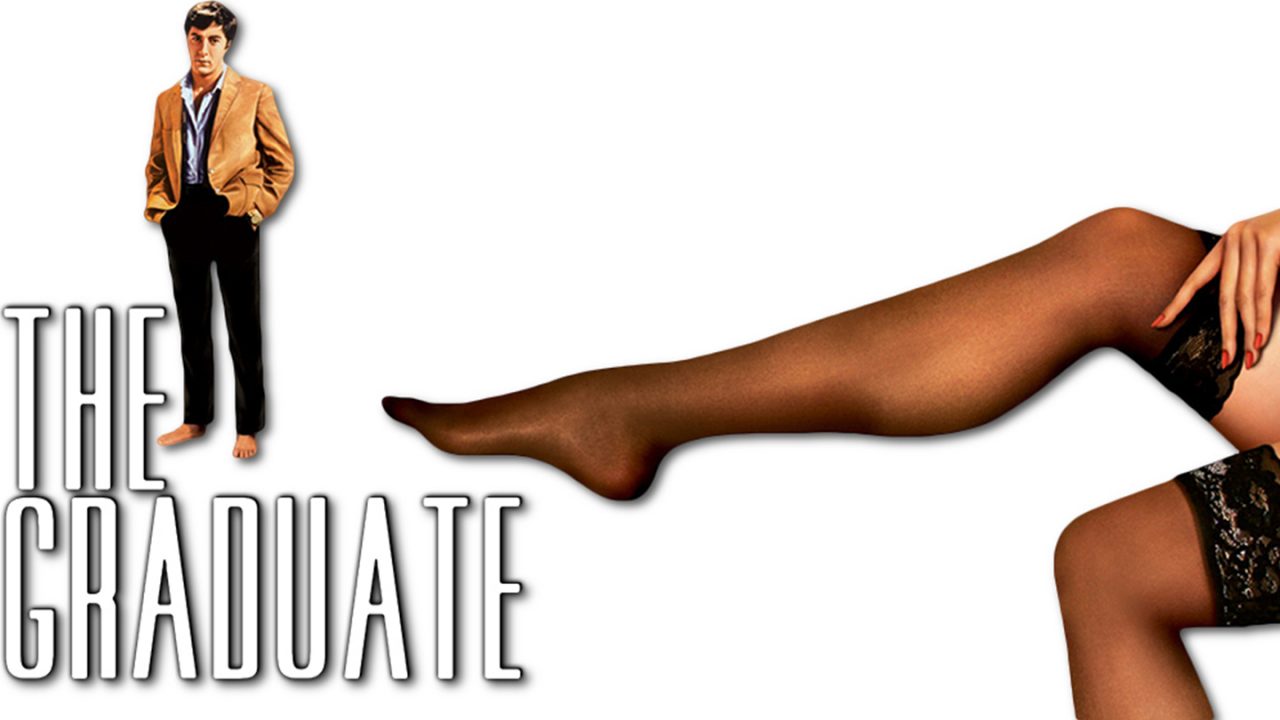 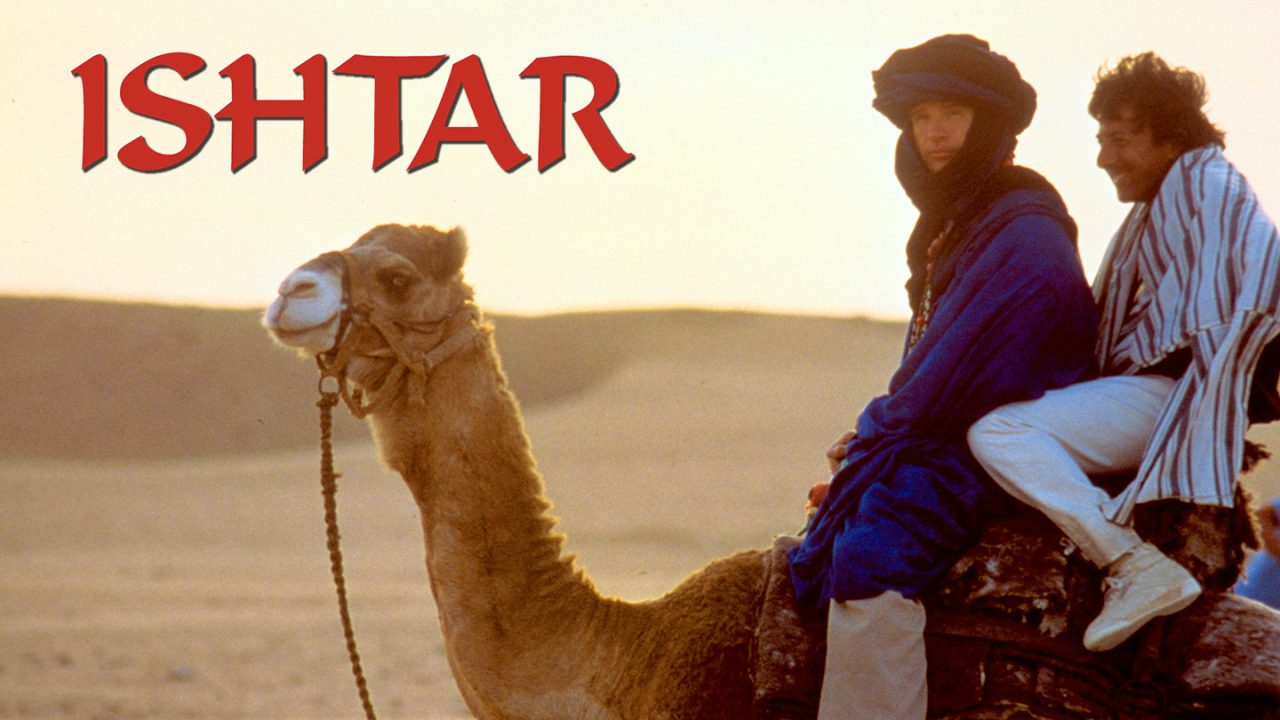 Mike Nichol’s The Graduate
(PG, 1968, 106 min)
One of the most beloved American films of all time, “The Graduate” earned a best director Oscar, brought the music of Simon & Garfunkel to a wider audience, and introduced Dustin Hoffman. Benjamin Braddock (Dustin Hoffman) has just finished college and is already lost in a sea of confusion and barely contained angst when he becomes sexually involved with the middle-aged mother (Anne Bancroft) of the young woman he’s dating (Katharine Ross).

Elaine May’s Ishtar
(PG-13, 1987, 107 min)
Rogers and Clarke (Warren Beatty and Dustin Hoffman) are two inept songwriters, whisked off on to the mystical republic of Ishtar. On their arrival, they are recruited to spy for opposing sides of a planned revolution, while vying for the attention of a freedom fighter (Isabelle Adjani). But Clarke and Rogers make worse spies than they do songwriters, and soon they’re stranded in the desert with only a blind camel and CIA assassins for company.