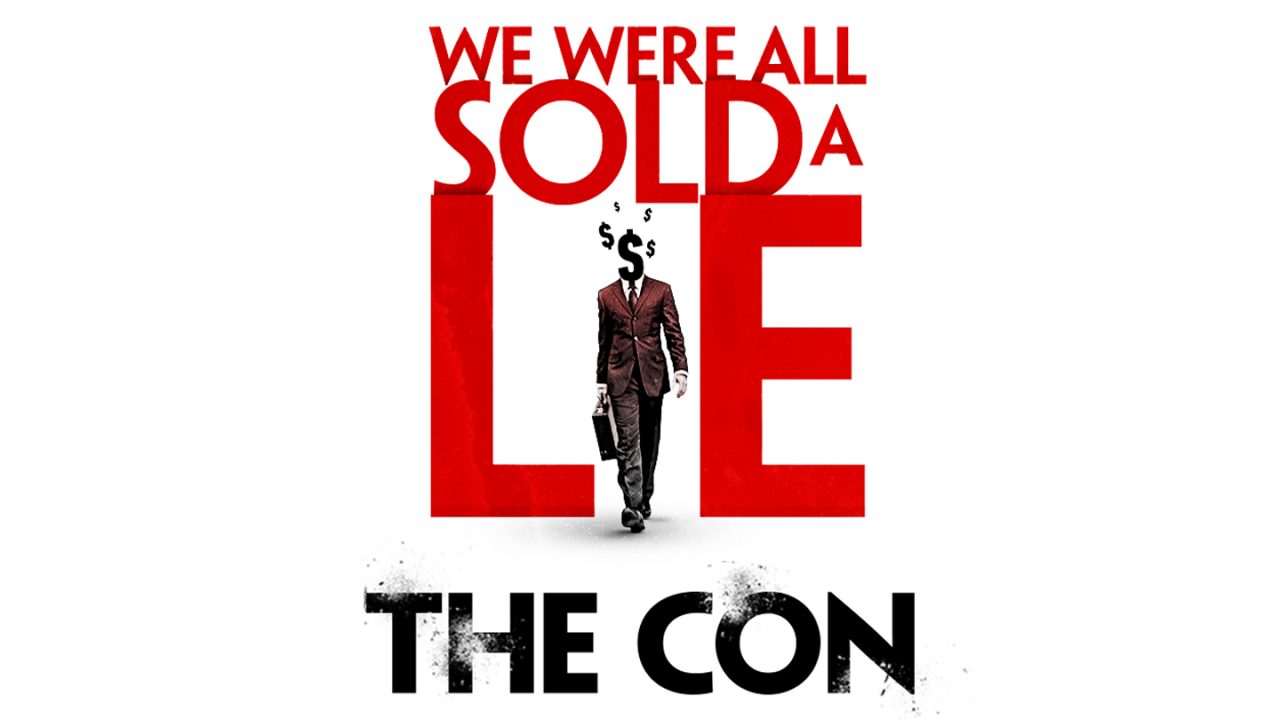 The 2008 financial crisis seemed to hit the American landscape out of nowhere. But in reality, it was both the inevitable conclusion to 40 years of Wall Street misconduct, and a warning for the meltdown that threatens to engulf us now. In the gripping original five-part docuseries The Con, filmmakers Eric Vaughan and Patrick Lovell investigate what happened, beginning with personal stories — including the foreclosure of Patrick’s own Utah home, the suicide of a 91-year-old widow in Akron, Ohio, and the fraudulent loan assigned to Becky Wiese a young homeowner from Clinton, Ohio — before zooming out to examine the corrupt systems that doomed the United States along with government funded bailouts that would only perpetuate a predatory system.

The filmmakers also look back to when the government properly functioned for the people it represented by holding banks accountable during the Great Depression and rescuing the country from the Savings & Loan Crisis of the late 1980s. Through interviews with those inside the 2008 crisis — regulators, former officials, foreclosure victims, industry whistleblowers, and journalists — the filmmakers connect the dots to what America used to be, and most crucially, where we’re going in 2020, as nearly 40 million Americans are claiming unemployment by summer 2020. Amongst the many heartbreaks and horrors of the COVID-19 pandemic, the cracks that it exposed in the fragile financial tapestry of the world’s biggest economy are more evidence that The Con is still on.