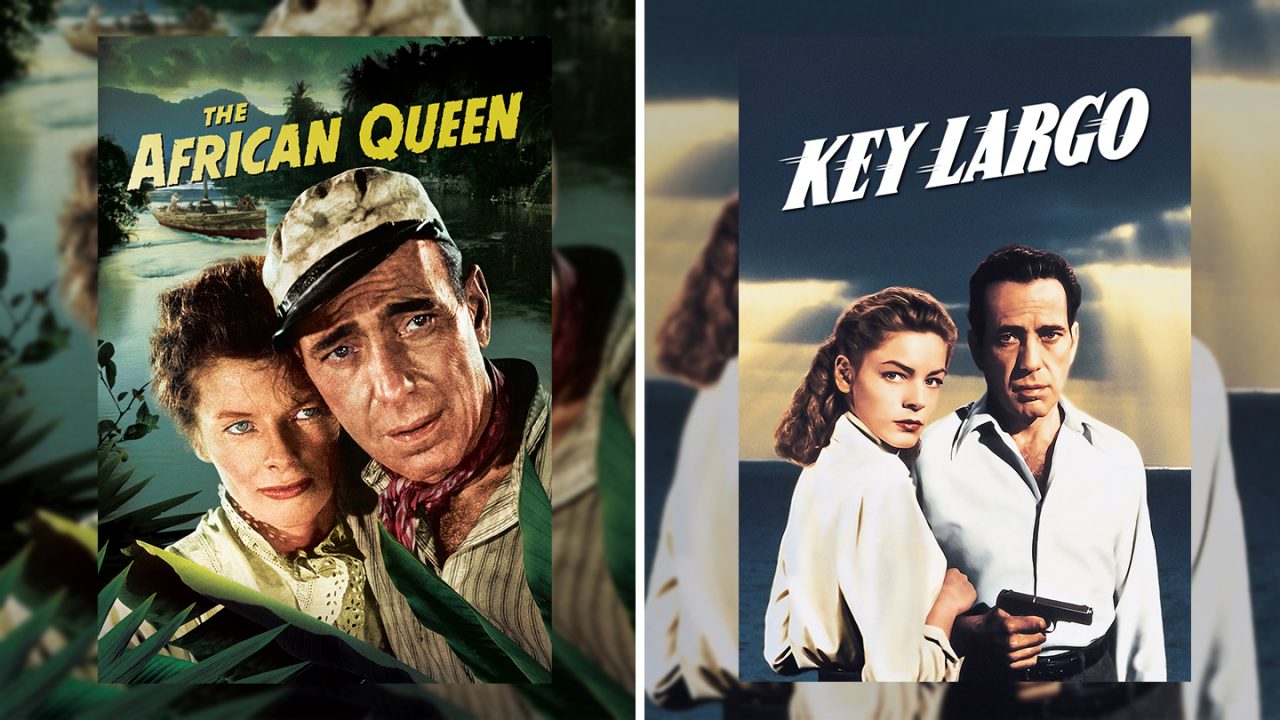 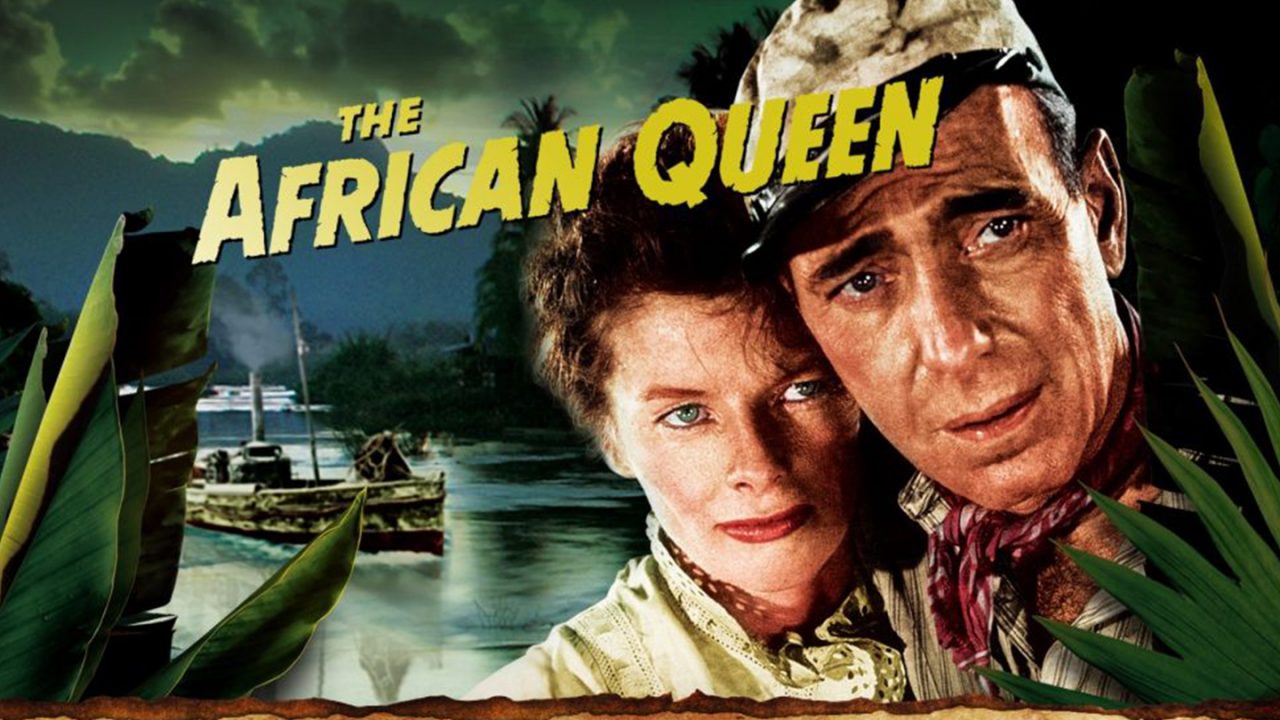 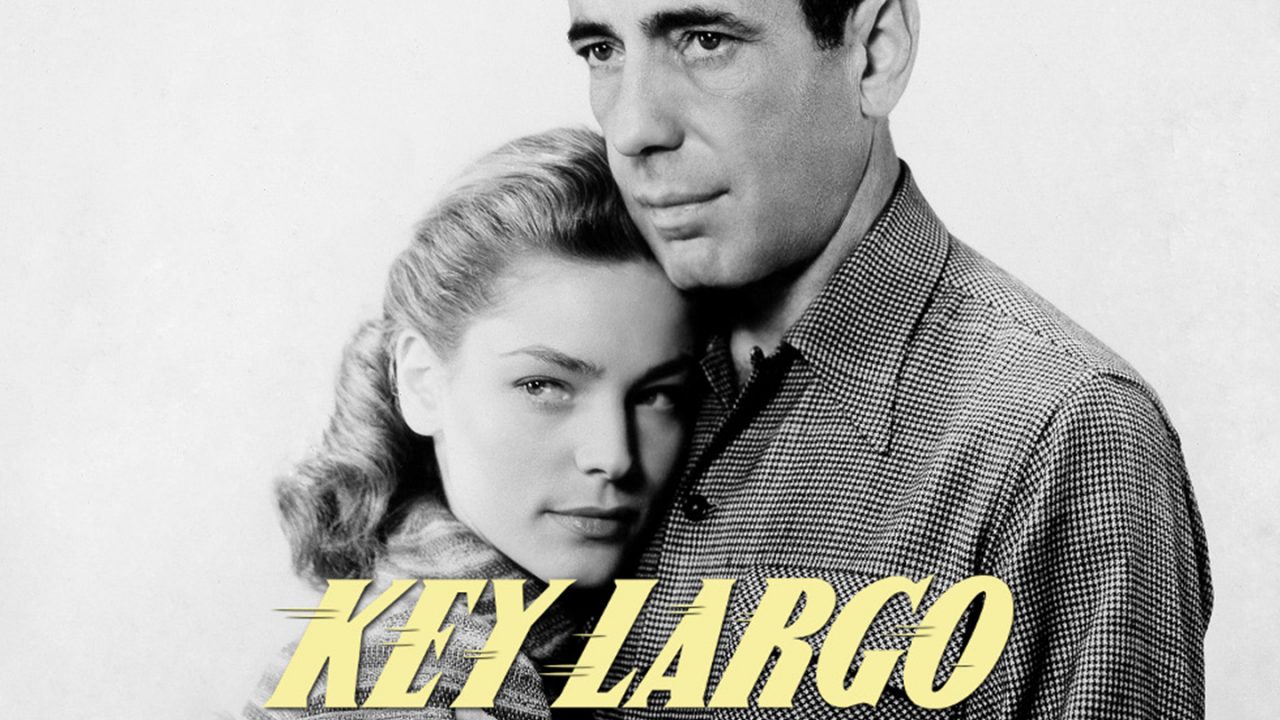 John Huston’s The African Queen
(1951, 105 min)
Two mismatched strangers join forces in a common cause and find love along the way. After a religious spinster’s (Katharine Hepburn) missionary brother is killed in WWI Africa, dissolute steamer captain (Humphrey Bogart) offers her safe passage. The story chronicles their burgeoning romance as they reluctantly join forces to torpedo a German gunboat.

John Huston’s Key Largo
(1948, 101 min)
Humphrey Bogart stars as World War II vet Frank McCloud. Visiting Key Largo to pay his respects to the family of his late war buddy, McCloud attempts to comfort his comrade’s widow, Nora (Lauren Bacall), and father (Lionel Barrymore), who operate a hotel. But McCloud realizes that mobsters, led by the infamous Johnny Rocco (Edward G. Robinson), are staying in the hotel. When the criminals take over the establishment, conflict is inevitable.