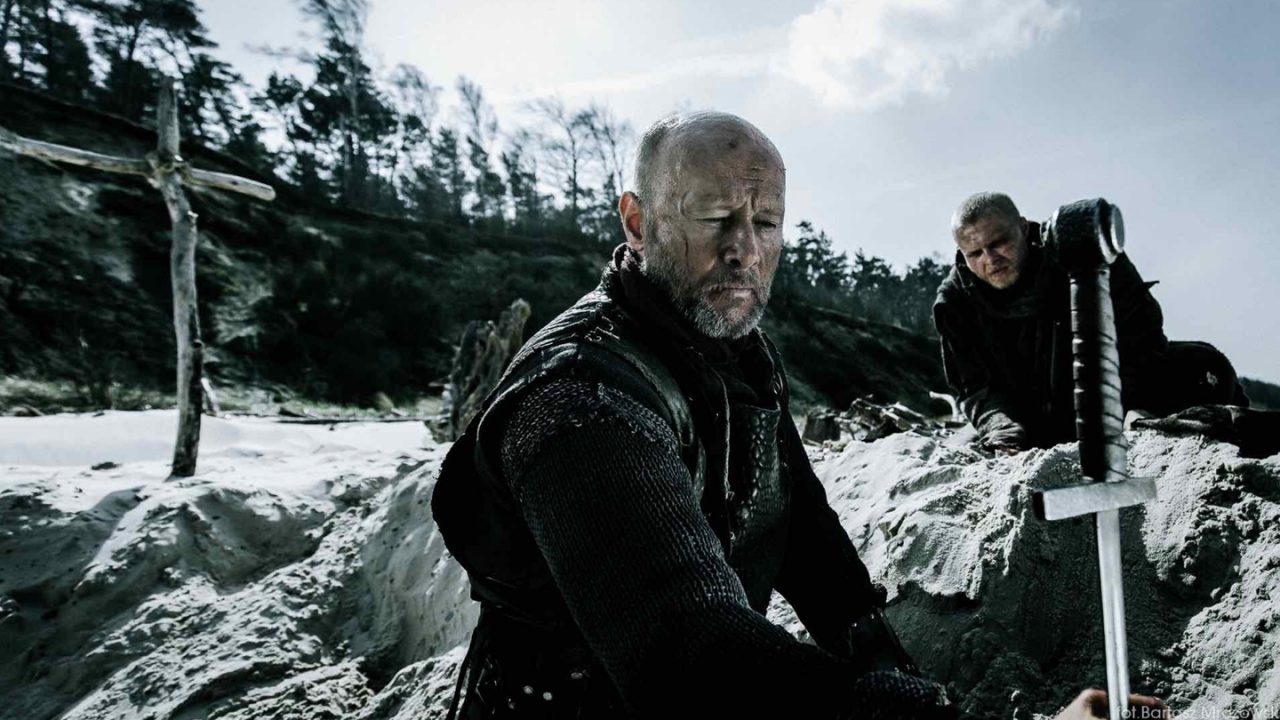 In the early Middle Ages, a contingent of knights embarks on a dangerous journey to spread Christianity and baptize the pagan inhabitants of an isolated village hidden deep in the mountains of a faraway island. After being shipwrecked, the two survivors set out to complete their mission, but as they attempt to convert the tribe, their diverging beliefs put them at odds with each other. Soon, love is confronted with hate, peace with violence, sanity with madness, and redemption with damnation.

Directed by Academy Award-nominated filmmaker Bartosz Konopka, this genre-bending historical epic has been hailed as a “stunning showcase of experiential horror” (Bloody Disgusting) that “strikes with brutal clarity” (ScreenAnarchy).