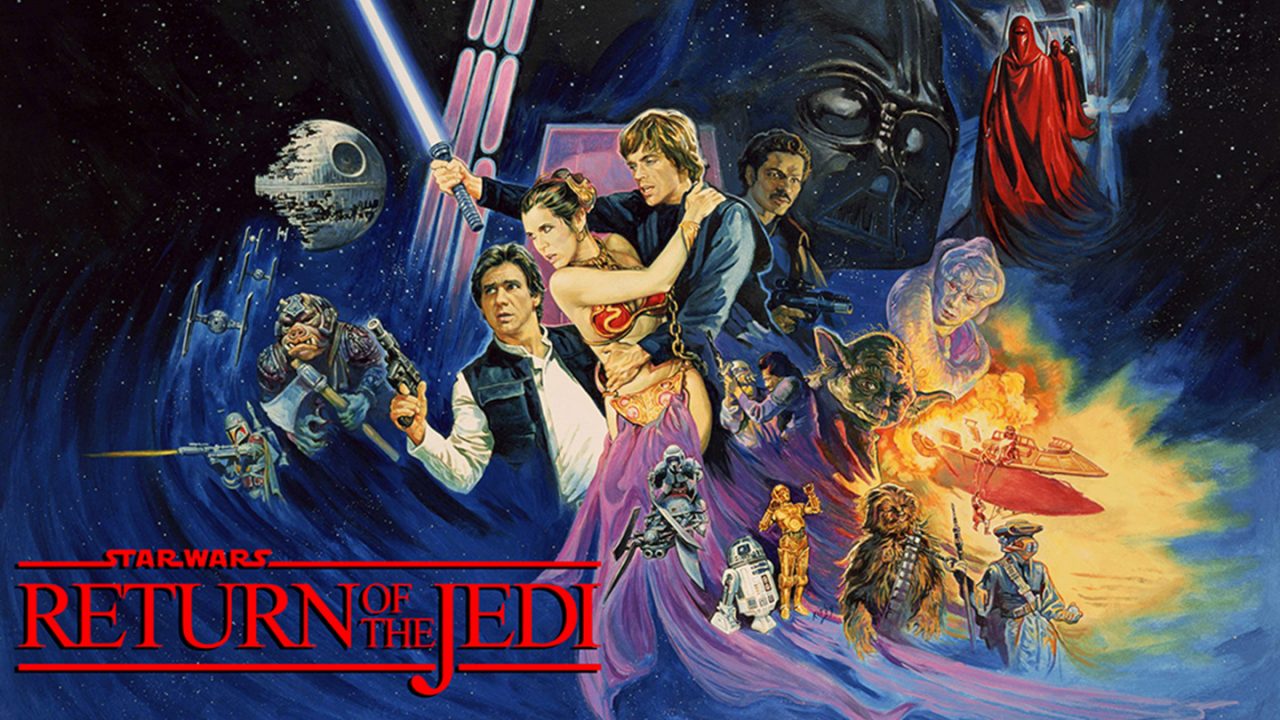 After rescuing Han Solo and Princess Leia from certain doom at the hands of crime lord Jabba the Hutt, Luke rejoins Yoda. Only by completing his Jedi training can Luke become a true Jedi Knight and defeat Darth Vader. The film boasts Oscar-winning special effects and a remarkable chase on airborne speeders through a forest.

Return of the Jedi