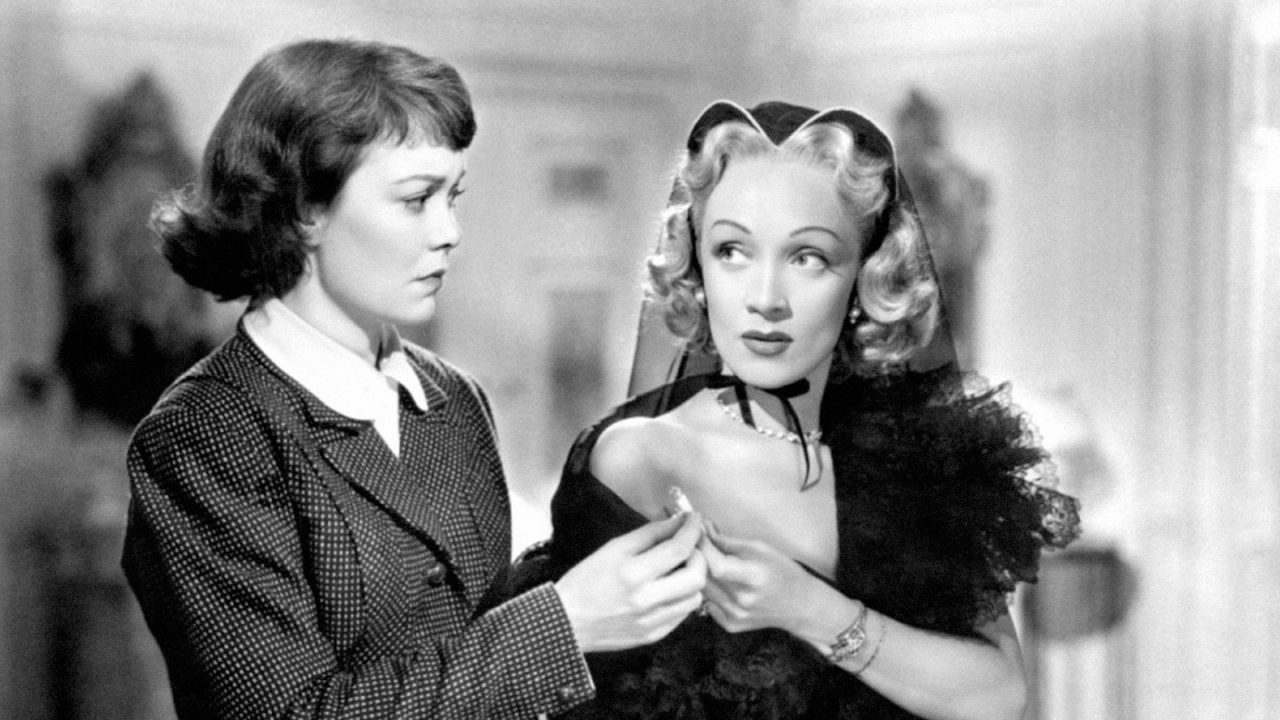 Alfred Hitchcock’s STAGE FRIGHT
(1950, 110 min)
Last screened in 2013 at Hitchcock Retrospective!
Marlene Dietrich and Jane Wyman star in this thriller set in the world of the London stage, a place where few people are who they seem and only two things are real — murder and Stage Fright. When witnesses see Jonathan Cooper (Richard Todd) fleeing the scene of a murder, Cooper asks his former girlfriend (Wyman), for help. Believing him innocent, she uses her skills at stagecraft to prove the real murderer is Charlotte Inwood (Dietrich). Now, as Eve plays a game of cat and mouse with a Scotland Yard detective (Michael Wilding), she has no clue of the deadly secret her sleuthing will uncover.