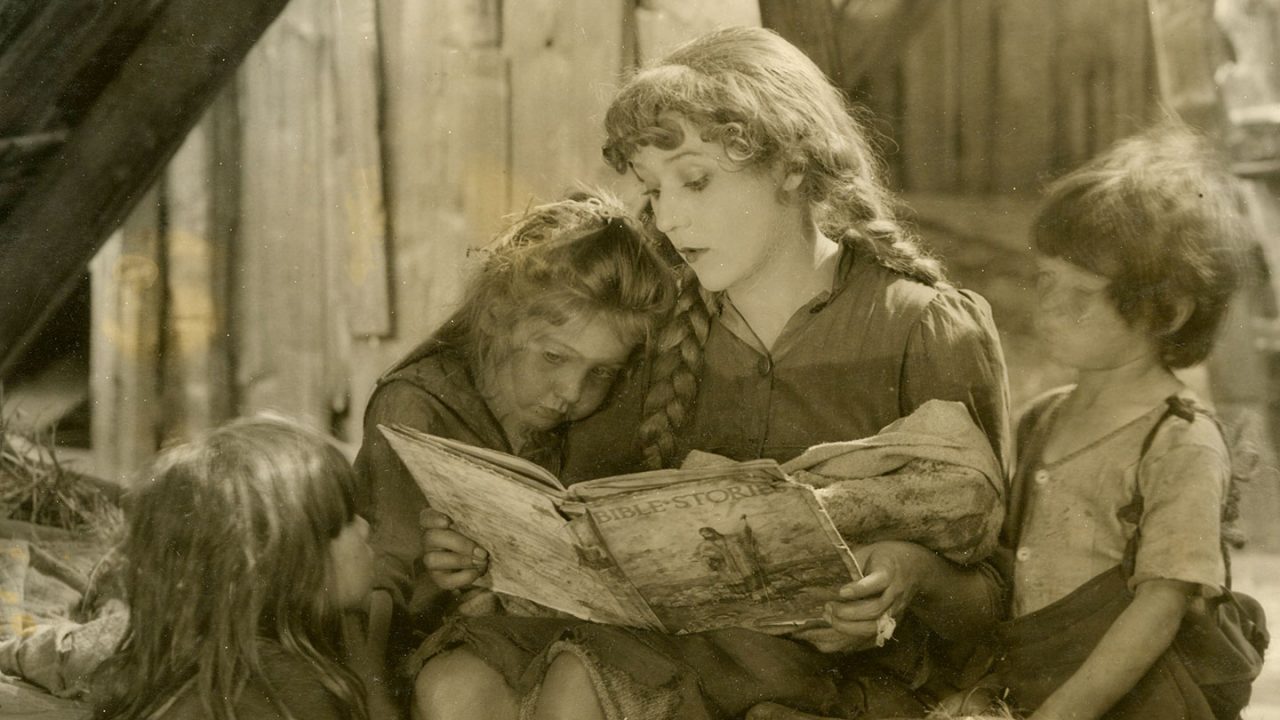 A plucky orphan rescues her fellow inmates from a Dickensian “baby farm” amid a dank, alligator filled swamp in this adventurous melodrama. Mary Pickford was America’s Sweetheart, The Woman Who Made Hollywood, the beloved wife of Douglas Fairbanks, a superb actress, a hard-nosed businesswoman who owned her own studio. She was an international celebrity in 1909, at the vanguard of a passionate fan interest in celebrity lives that was new with the century. This is “Little Mary” at her best.

“Sparrows is horrifically good—a bad dream that wakens to a happy ending, a fairy tale told with brilliant style, a comedy, a Grand Guignol, an expressionist thriller.” -Eileen Whitfield