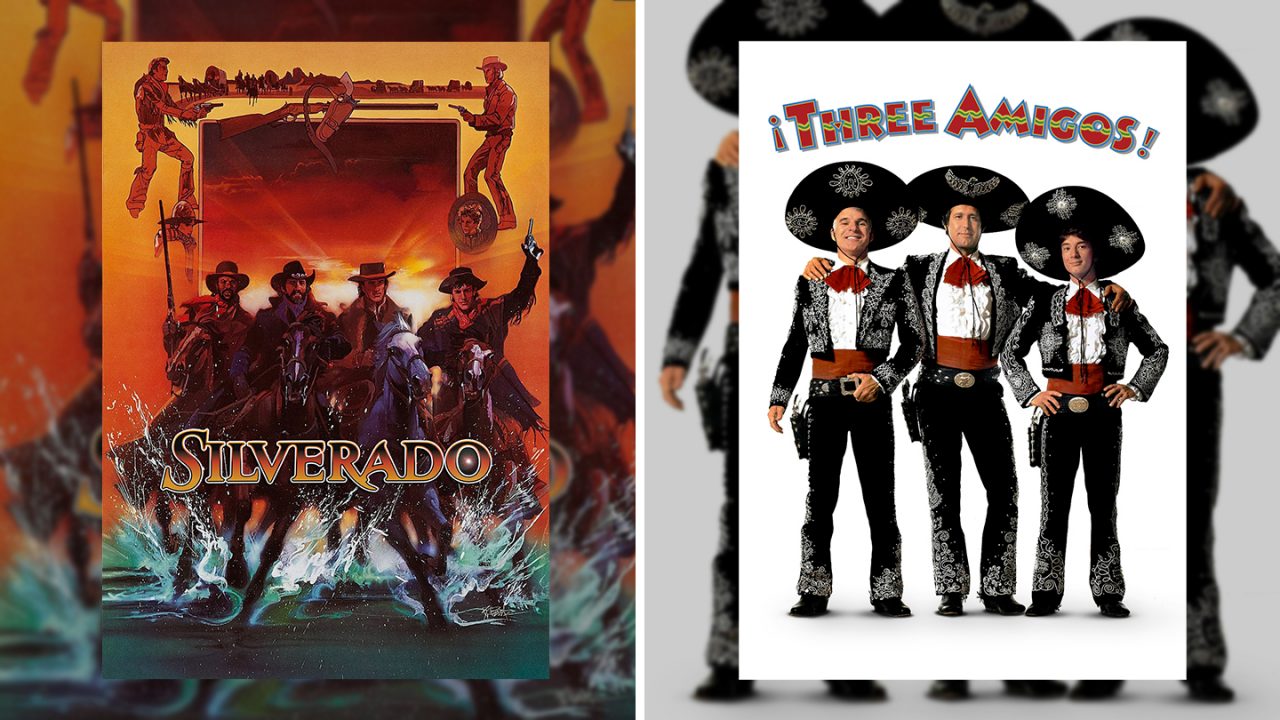 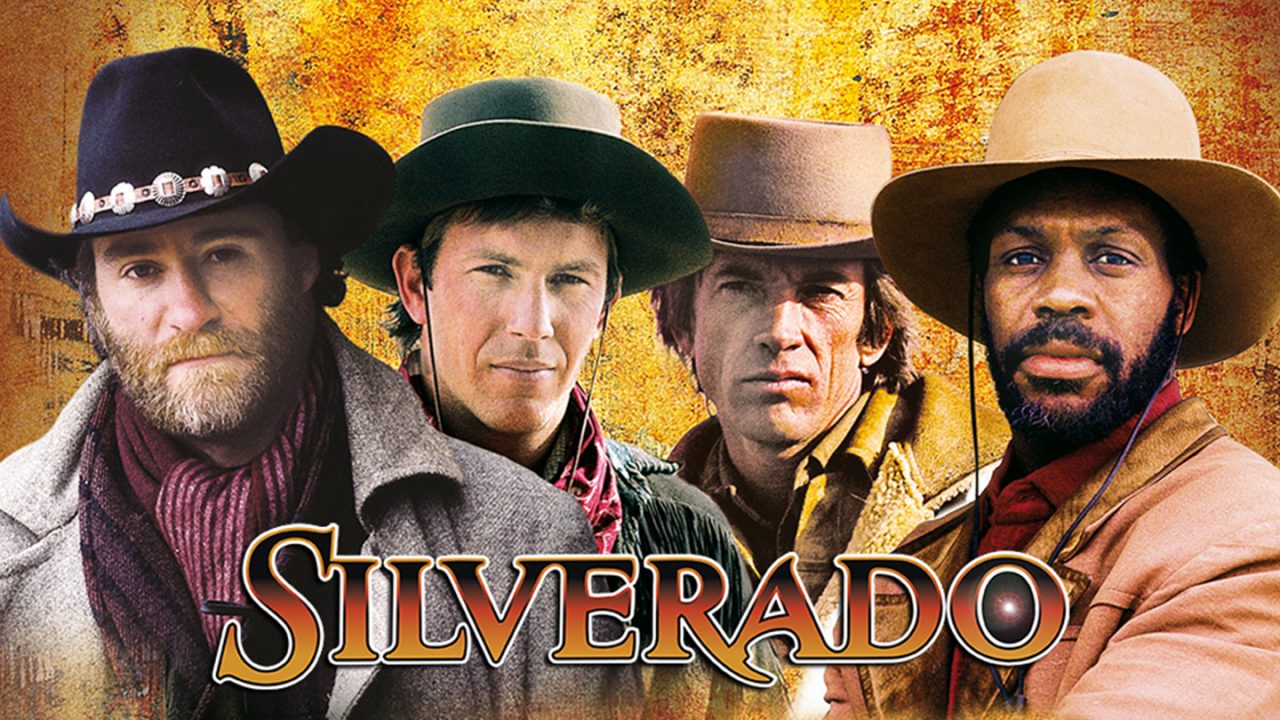 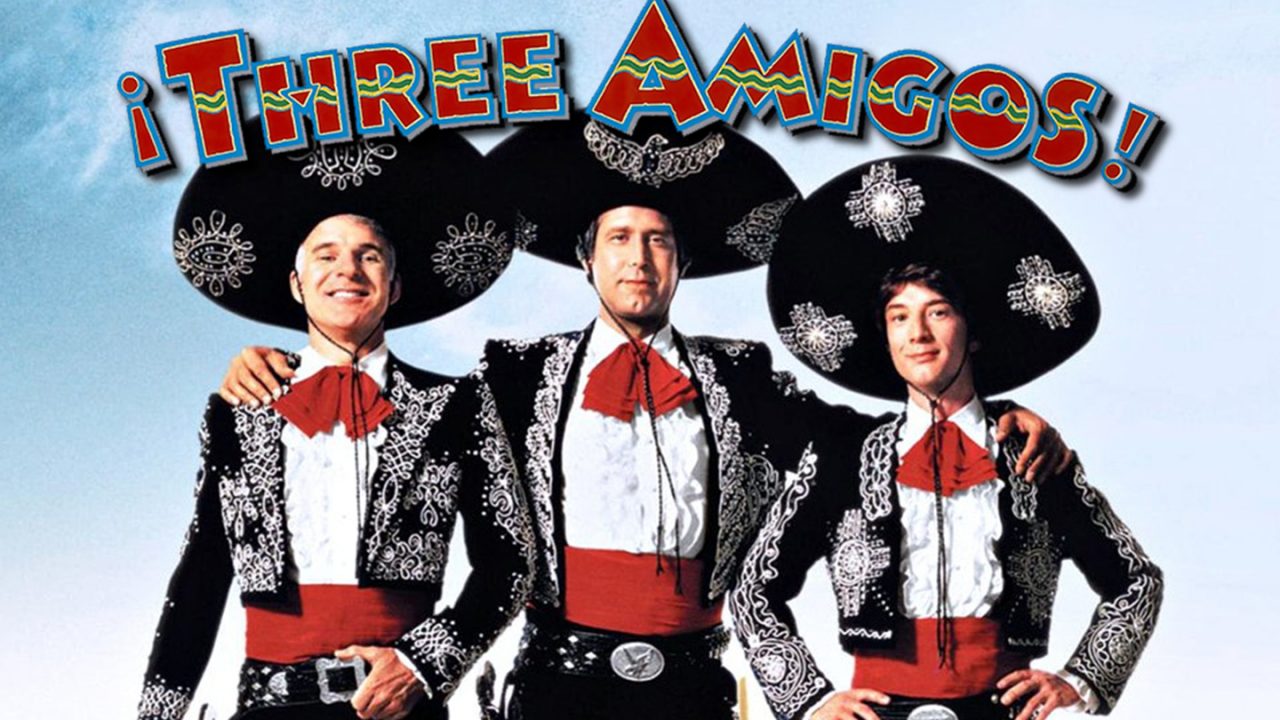 Lawrence Kasdan’s Silverado
(PG-13, 1985, 133 min)
Kevin Kline, Scott Glenn, Danny Glover, and Kevin Costner star as four unwitting heroes who cross paths on their journey to the sleepy town of Silverado. Little do they know the town where their family and friends reside has been taken over by a corrupt sheriff (John Cleese) and a murderous posse. It’s up to the sharp-shooting foursome to save the day, but first they must break each other out of jail and learn who their real friends are.

John Landis’ Three Amigos
(PG, 1986, 105 min)
Three cowboy movie stars from the silent era—Dusty Bottoms (Chevy Chase), Lucky Day (Steve Martin), and Ned Nederlander (Martin Short)—are fired when one of their movies bombs. In what seems to be a career-saving offer, a young Mexican woman offers them a high-paying gig in her village. The three jump at the opportunity, expecting to do their typical act, but Carmen believes they are really heroes and asks them to rid her village of villains.