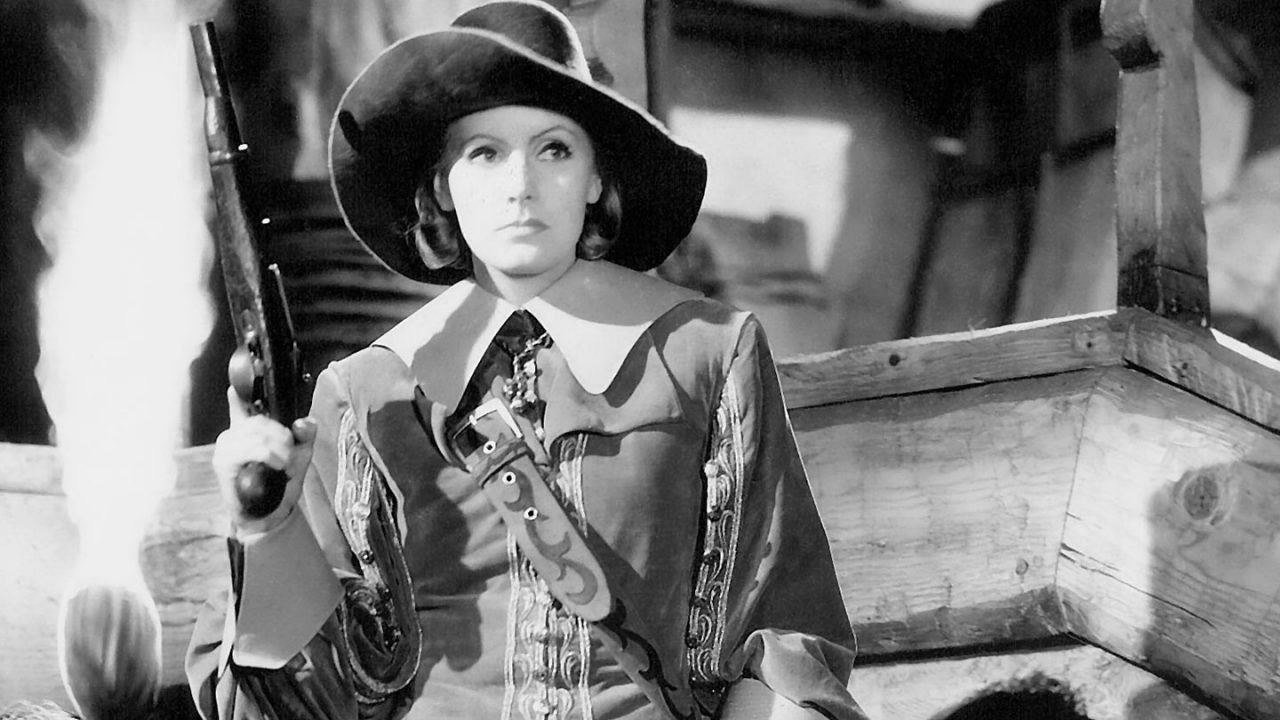 The Divine Garbo plays the Swedish Queen Christina, (1626-1689) raised like a boy and, at the age of six crowned King of Sweden. In spite of her fondness for a lady in waiting (demonstrated by one of the few same sex kisses in classic Hollywood), she falls in love with the Spanish envoy, played by Garbo’s former fiancé, John Gilbert, his wrecked silent film career briefly revived. Garbo revels in her character’s love of country and her androgyny, as Christina insists, “I shall die a bachelor.”

“Queen Christina is smart, sophisticated, brazenly funny, and altogether uncategorizable…in a movie theater, in a nice, lush theater with a willing crowd, it is one of the best experiences you will ever have.” -Pre-Code.com