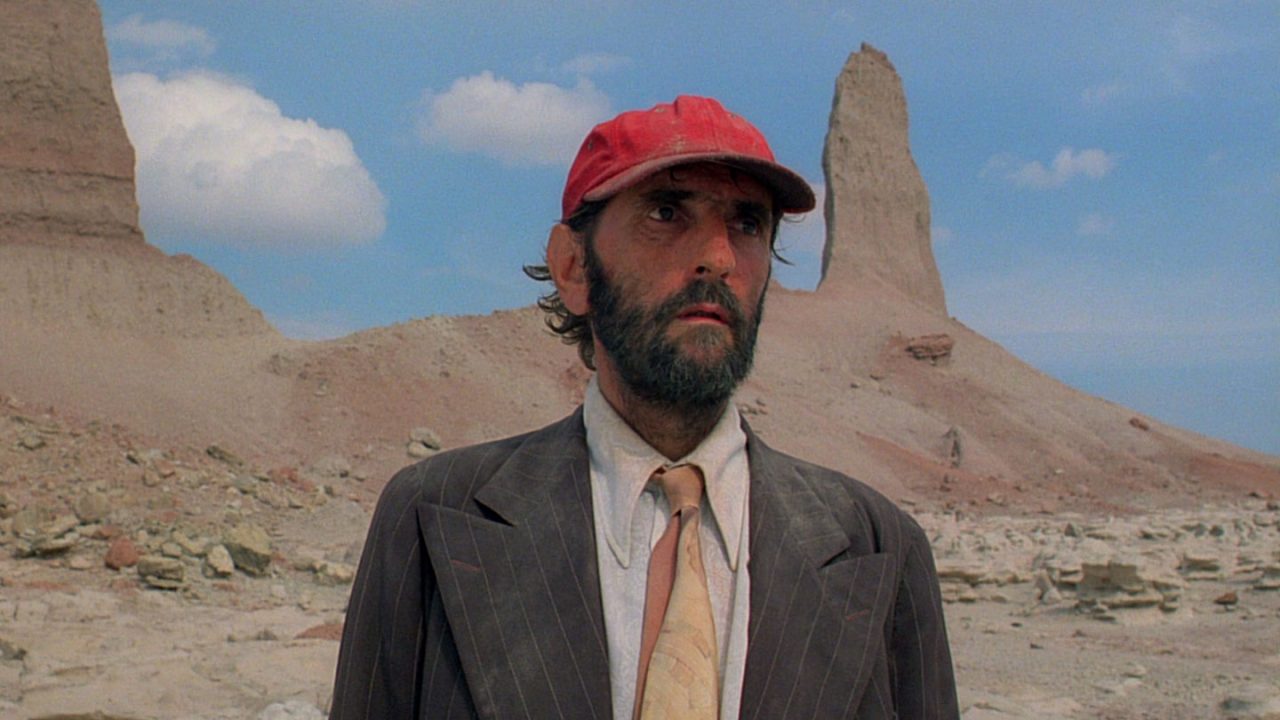 Wim Wender’s PARIS, TEXAS
(R, 1984, 127 min)
Harry Dean Stanton stars as Travis Clay Henderson, an errant husband who reappears in the middle of an American desert after an absence of four years. His brother (Dean Stockwell) picks him up and Travis slowly begins to retrace the paths of his old life, getting to know his seven-year-old son, and going in search of his ex-wife (Nastassja Kinski), who is now working in a peepshow.