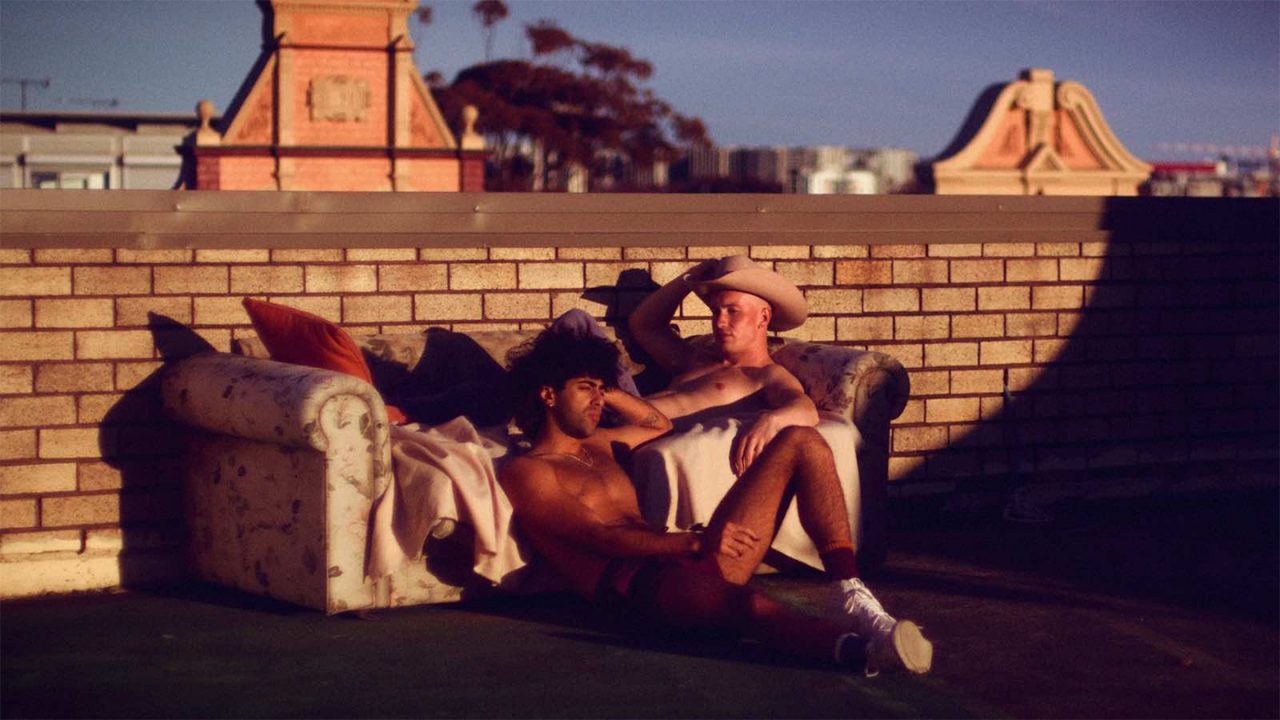 Fleeing a mysterious drama in his hometown, a country boy nearly loses himself in the easy sex and pervasive loneliness of the big city. Casey (Josh Lavery) arrives in Sydney with a cowboy hat, a couple changes of clothes, and a facility with hookup apps, bringing him into quick connection with Tib (Daniel Gabriel), a flirtatious city boy who invites him into his bed and along on his odd jobs. But even as they entwine their lives and limbs, Tib remains defiantly polyamorous, while Casey is haunted by demons as he struggles to make his way in an alienating and pricey city.  “Lonesome” has a melancholy air (despite being drenched in sex), and the film has an evocative, elliptical energy as Casey navigates escorting adventures and sketchy hookups. The two leads‘ romantic rapport—which ranges from hot three-ways to naked culinary adventures—has a refreshing and realistic vibe that infuses the eros with undeniable pathos.