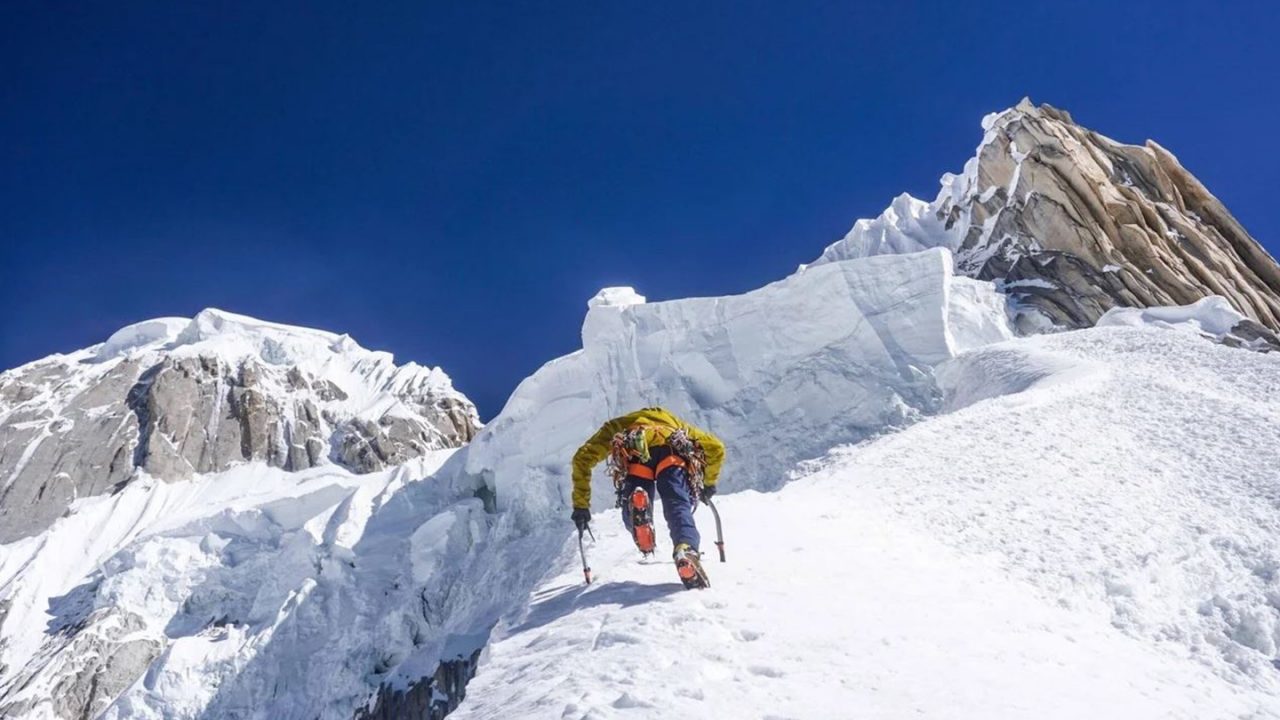 World famous Kendal Mountain Festival Tour is coming to North America for the first time in its history!

After 42 years – the UK’s leading adventure film and speaker festival finally brings the best cinematic adventure stories to audiences in over 50 locations. With the support of presenting sponsors Montane and OS Maps, the Kendal Mountain Tour is coming to the USA and Canada for the first time this fall bringing a selection of the very best short adventure documentaries to North American audiences. So what’s different about the films you’ll see on the Kendal Mountain Tour? Simple – these are films that have been hand-selected by our team and represent the incredible stories from award-winning filmmakers with a uniquely British and European slant. It’s your chance to discover new people and places, characters you’ll instantly warm to, in amazing locations you’ll instantly make top of your bucket list.

The Process
Director – Matt Pycroft – ColdHouse Collective – UK (15 minutes)
Tom Randall is a world class crack climber. He is also a terrible runner, which is why his latest challenge seems like an odd choice. He decided to link up two of the Lake District’s biggest and toughest endurance challenges, the Bob Graham Round and The Classic Rock challenge into one hellish 24-hour mad dash. A funny, honest, genuine and heartfelt story.

Spellbound
Director – Richard Sidey – NZ (5 minutes)
Wingsuit BASE jumping is often presented as a thrill-seeking adrenaline rush. Spellbound takes us deeper into the more contemplative aspects of jumping, as David Walden and friends venture into the mountains around his home in New Zealand.

The Traverse
Director – Ben Tibbetts and Jake Holland – France (33 minutes)
Facing some of the most challenging terrain in the world, Valentine Fabre and Hillary Gerardi, two world class athletes, attempt to be the first women to ski the Haute Route non-stop from Chamonix to Zermatt. For Valentine, the Haute Route has deep personal resonance. Her husband had set the men’s record shortly before a fatal mountain climbing accident a decade ago. For Valentine, completing the route is the ultimate tribute to his memory. When Valentine met Hillary, she found a capable partner for this arduous and emotional journey. Despite being relatively new to ski mountaineering, Hillary has vast reserves of stamina that carry over from her career as a professional mountain runner. Together they set out on this non-stop 100km traverse, climbing 8000m over some the most beautiful high mountain terrain in the world. Will their months of training prove to be enough for these women to establish the record?

Chasing Ghosts
Director – Eric Bendick – USA (15 minutes)
Deep in remote Florida swamps, a team of researchers and photographers have made a new discovery that upends what we thought we knew about the ghost orchid, one of the world’s most iconic flowers, and how it reproduces. In their quest to identify the pollinator of the ghost orchid for the first time, this team spent three summers standing waist-deep in alligator- and snake-laden water, swatting air blackened by mosquitoes, and climbing to sometimes nausea-inducing heights. They came away with an even deeper love for Florida’s wildest wetlands—and with surprising revelations that may help to conserve both the endangered orchid and its shrinking home.

A Woman’s Place
Director – Menna Wakeford – UK (21 minutes)
A funny, heartwarming, and honest conversation with The Pinnacle Club. Highlighting women’s long-standing involvement in climbing and aiming to rebalance a narrative which has been primarily about men; join members of the club as they celebrate their centenary during a global pandemic.

Running Thoughts
Director – Fitz Cahall – USA (3 minutes)
Sometimes, an hour is all you get. Often, an hour is all you need. In those 60 minutes, for every question that gets answered, a new one gets asked. Tension releases into the passing wind. Goals are reaffirmed. Internal yarns are spun. Knots get untangled, and everything makes sense — even if you’ve forgotten it all by the time you get home. Join trail runners Perry Cohen, Junko Kazukawa and José González to hear what runs through their head as they run through nature.

Touching the Water
Director – Hannah Maia – UK (7 minutes)
Mhairi Helme’s poetic reflection of a 100-mile run around the English Lake District inspired by the landscape, the people she meets and her fell running hero, Joss Naylor.