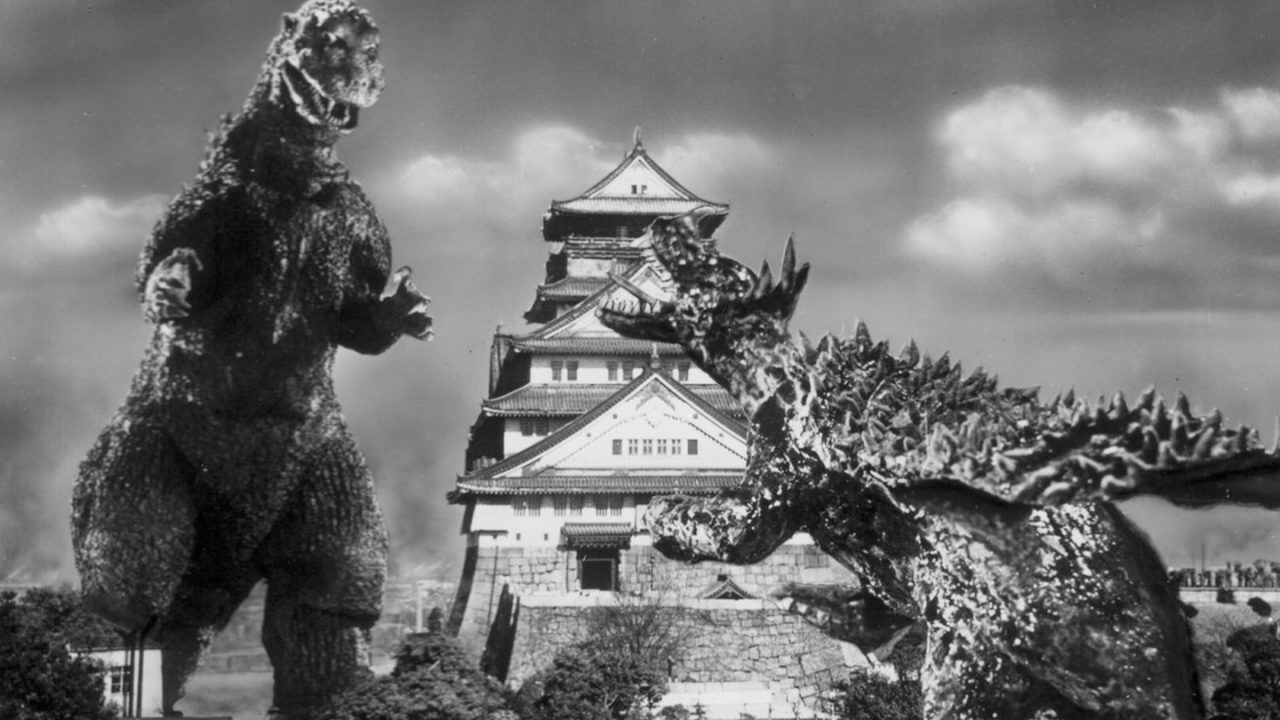 Toho Studios followed the enormous success of “Godzilla” with this standout among the Showa Godzilla films. “Godzilla Raids Again” introduces the monster-versus-monster format that would dominate the remainder of the series, pitting Godzilla against the ferocious, spiny Anguirus as the kaiju wreak havoc in the streets of Osaka in a series of elaborate set pieces that succeed in upping the ante for destruction.