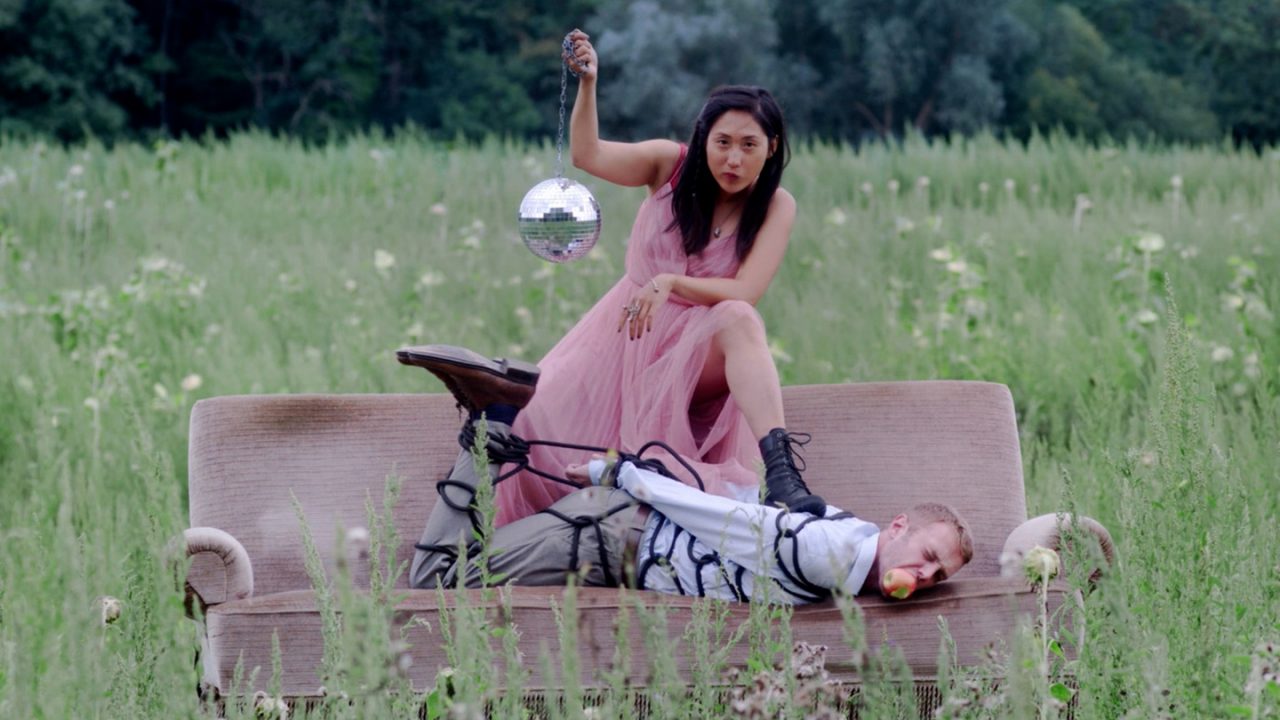 Escape: A Ghost Story
A group of escape room employees must face their fears and overcome a series of murderous puzzles set by a malicious ghost who has haunted the building or face the dire consequences.

Flex
Charles explores the gray areas of his own sexuality after going through an unexpected breakup.

Fudliaks! Tear the Sexes Apart!
This hyper-intersectional film is an amalgam of sci-fi creature-flick, campy music video, grotesque comedy, against hetero-centric research as well as (soft-)pornographic subversive statement. Set in a mysterious laboratory, the research subject of this neo-conservative think tank: the scientific underpinnings of conventional heteronormative bodies and biologically binary genders. But a new research series turns all that on its head!

Half
Half-Jewish, bisexual Jonah Dorman comes out to his girlfriend, shaking the foundation of their relationship and launching a tragicomic exploration of love and religion in New York City.

Johnny the Dime
A brash and arrogant man catches a peeping-tom spying on his sister. He vows to take revenge and discovers something very special about himself along the way.

She’s the Protagonist
Being the mother, the secretary, the lover, the nanny, the baby bottle, the side piece of the main male character is no longer enough for our dear Protagonist! Put on “mute” after the allocated time for female characters in a film is reached, she runs away with her friend, “Voice-Over,” for a new journey with plenty of humor.