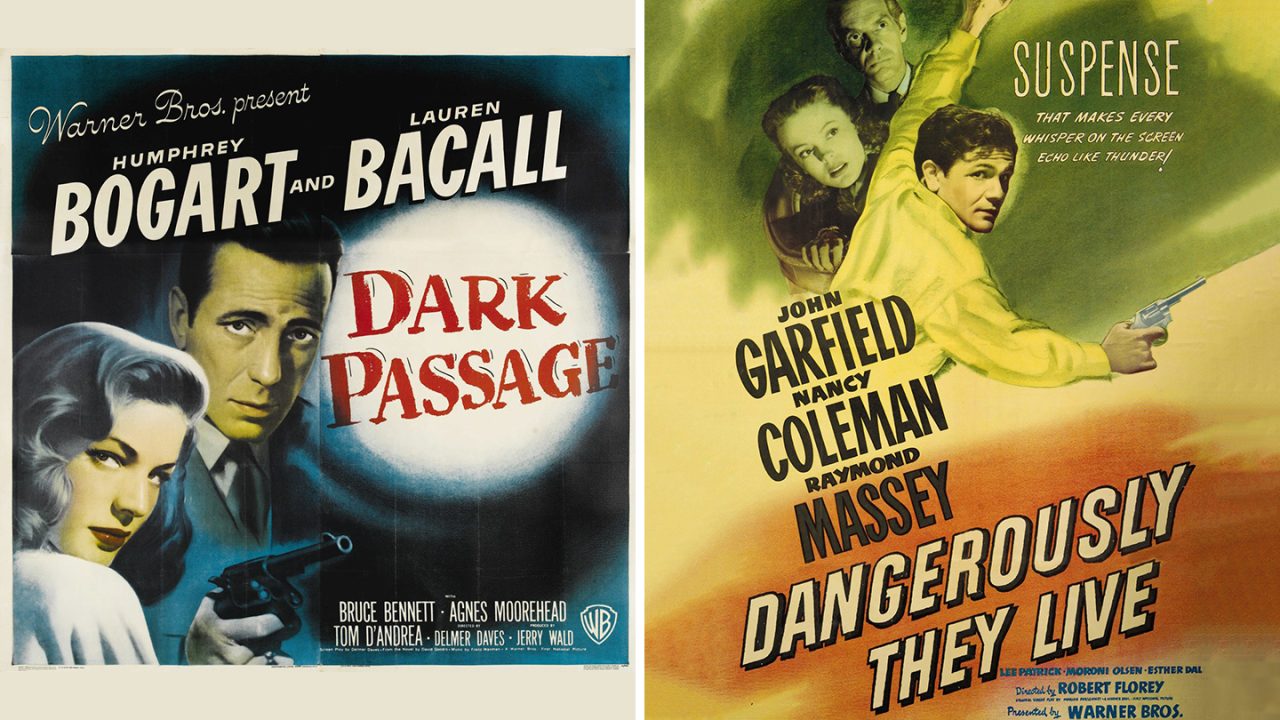 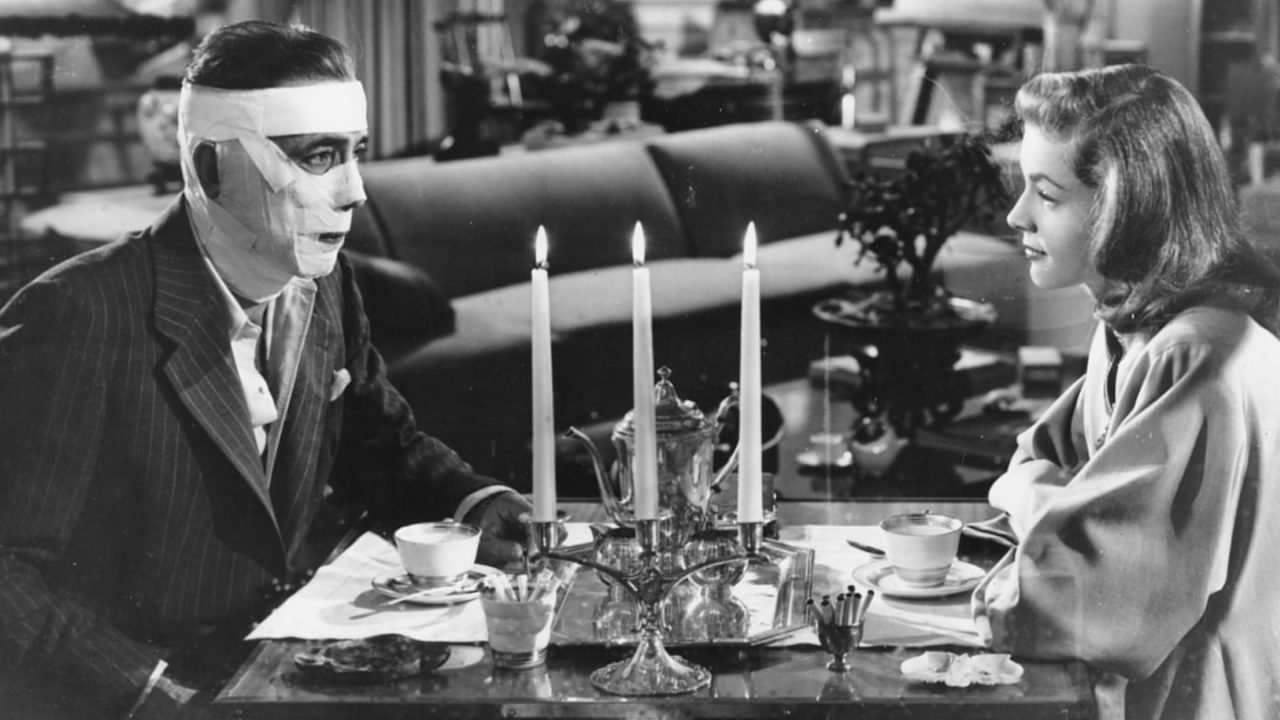 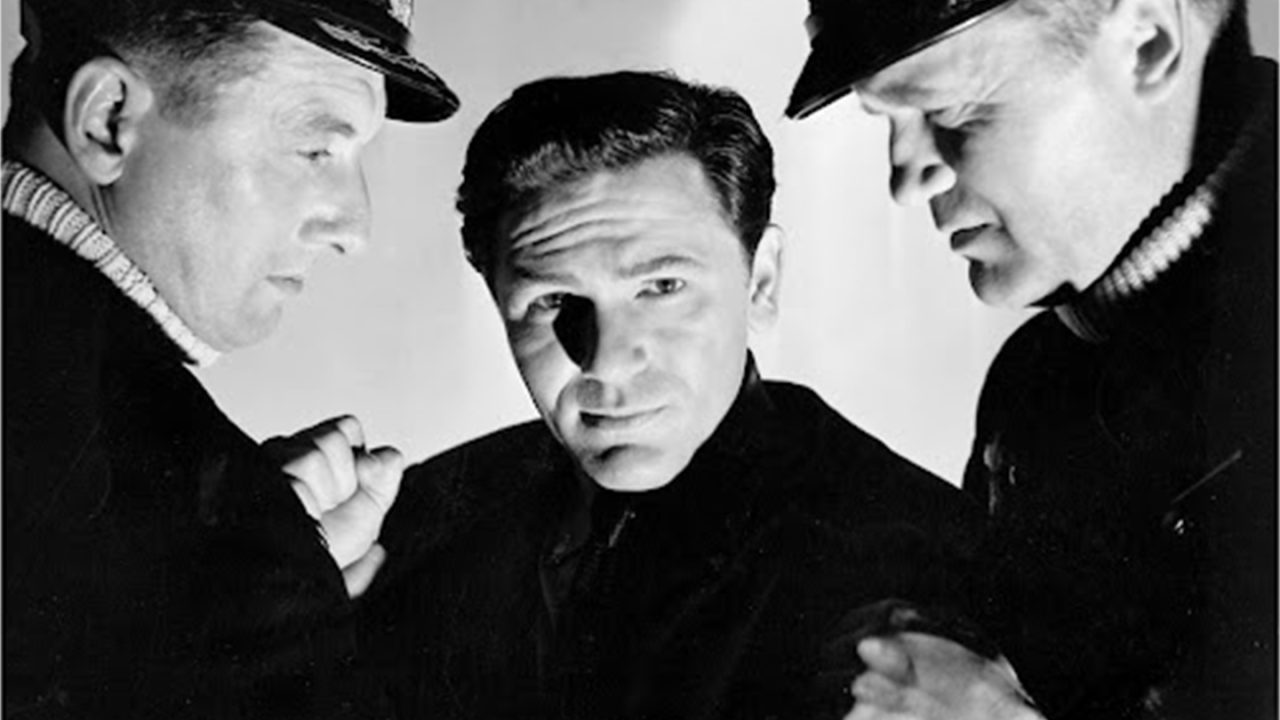 HEALTH CHECK: The Carolina Theatre of Durham is requiring all fans to provide proof of a negative COVID-19 test within 72 hours OR full vaccination for entry. Effective March 1, 2022, all guests will be required to show ID with their proof of vaccination/negative test. The City of Durham is requiring face coverings to be worn while at the theater except while eating or drinking. Additional policies may apply on a show-by-show basis and are subject to change. More details available at our Health & Safety Policies page.

Delmer Daves’ Dark Passage
(1947, 106 min)
First-ever screening at Retro!
Humphrey Bogart is on the lam and Lauren Bacall is at his side in the third of four films they made together. Bogart is a prison escapee framed for murdering his wife who emerges from plastic surgery with a new face. Bacall is his lone ally. Agnes Moorehead plays a venomous harpy finding pleasure in the unhappiness of others. Finding themselves in San Francisco, Bogart sets out to find the real killer!

Robert Florey’s Dangerously They Live
(1942, 77 min)
First-ever screening at Retro!
John Garfield battles Nazi spies headed by menacing Raymond Massey in this exciting wartime thriller! Garfield plays a medical doctor thrust into a netherworld of espionage when a beautiful British agent (Nancy Coleman) is wheeled into his ambulance after a car crash. She reveals her identity to him and – although skeptical – he obliges and soon realizes they are being hunted by ruthless Nazis! Fast-paced and ominous, Dangerously They Live was also timely: it premiered just 17 days after the attack on Pearl Harbor.