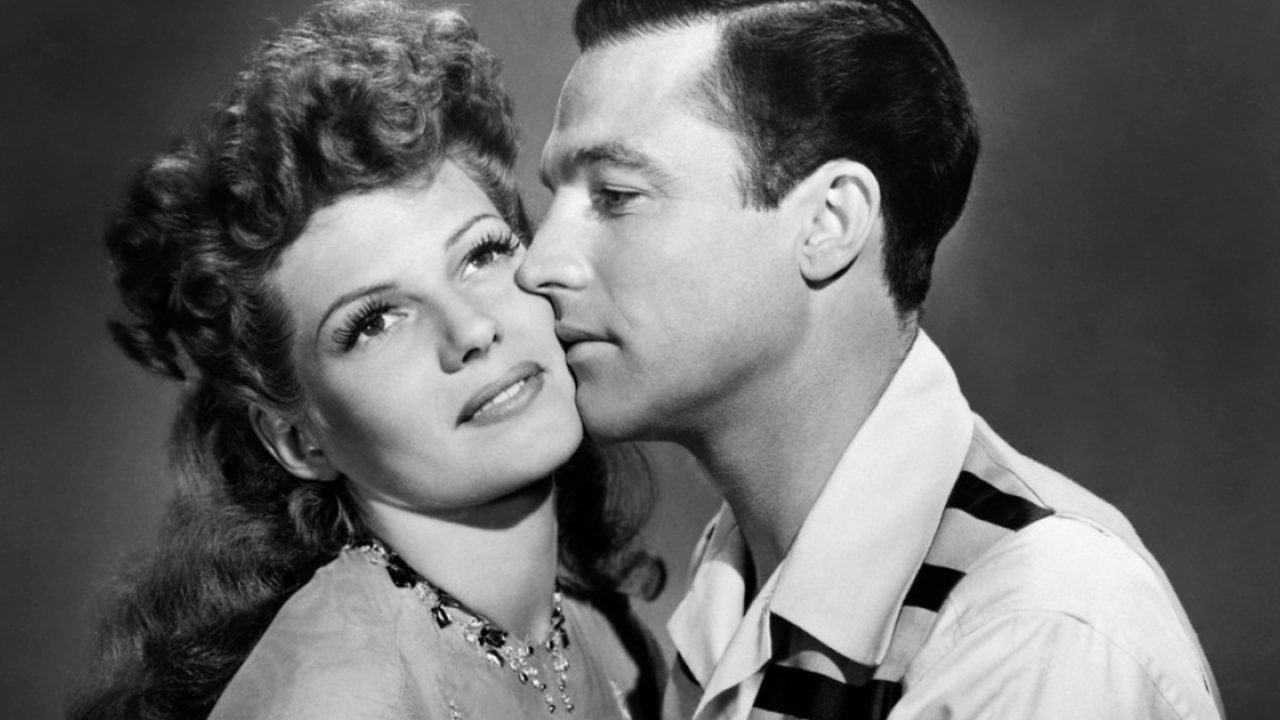 Rita Hayworth is radiant as Rusty Parker, a Brooklyn chorine who ends up on a Vanity magazine cover as The Golden Wedding Girl. Rusty resembles her grandmother, a turn of the century soubrette, keying into wartime audiences’ nostalgia for those “better days.” Jerome Kern’s “Long Ago and Far Away” was considered by many to be the film’s musical highlight. But the exuberant “Make Way for Tomorrow” with Kelly, Hayworth and Silvers is even better. But poor Rusty spends all her time soothing fragile male egos. Has it ever been any other way on screen? Can an exception be made if he looks and dances like Gene Kelly…?