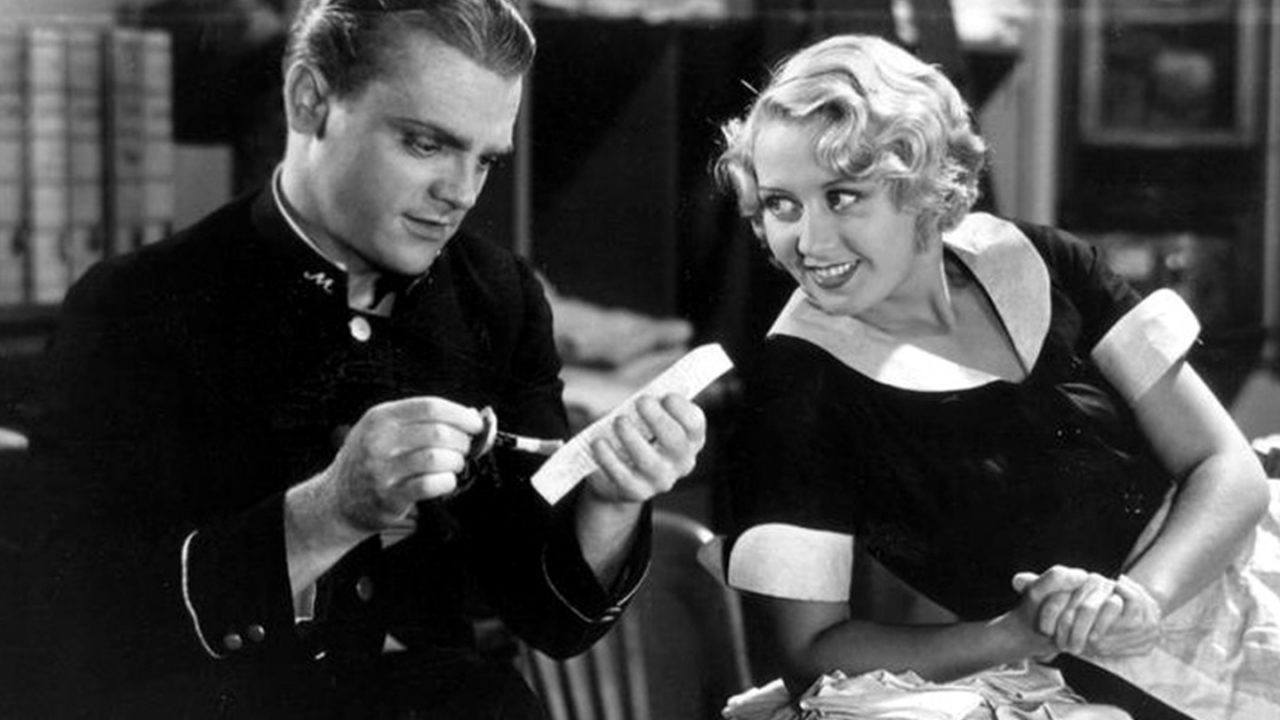 A tough and risqué lark about cheating cheaters, this Pre-Code gem pairs streetwise Cagney with the lush and sassy Blondell. The jazzy comedy was written for them, and they are amorous buddies, a bellhop and a chambermaid riding an escalating whirlwind of swindles. Molly Haskell writing about “Blonde Crazy” at a 1970s revival, celebrates ”…the rapport between Cagney and Blondell–buddies, would-be lovers, he calling her ‘hon-ey’ she self-reliant and soft, giving as much as she gets and more. Blondell’s beauty as a broad is that she can outsmart the man without unsexing him. Cagney’s beauty as a man is that he can be made a fool of without becoming a fool.”