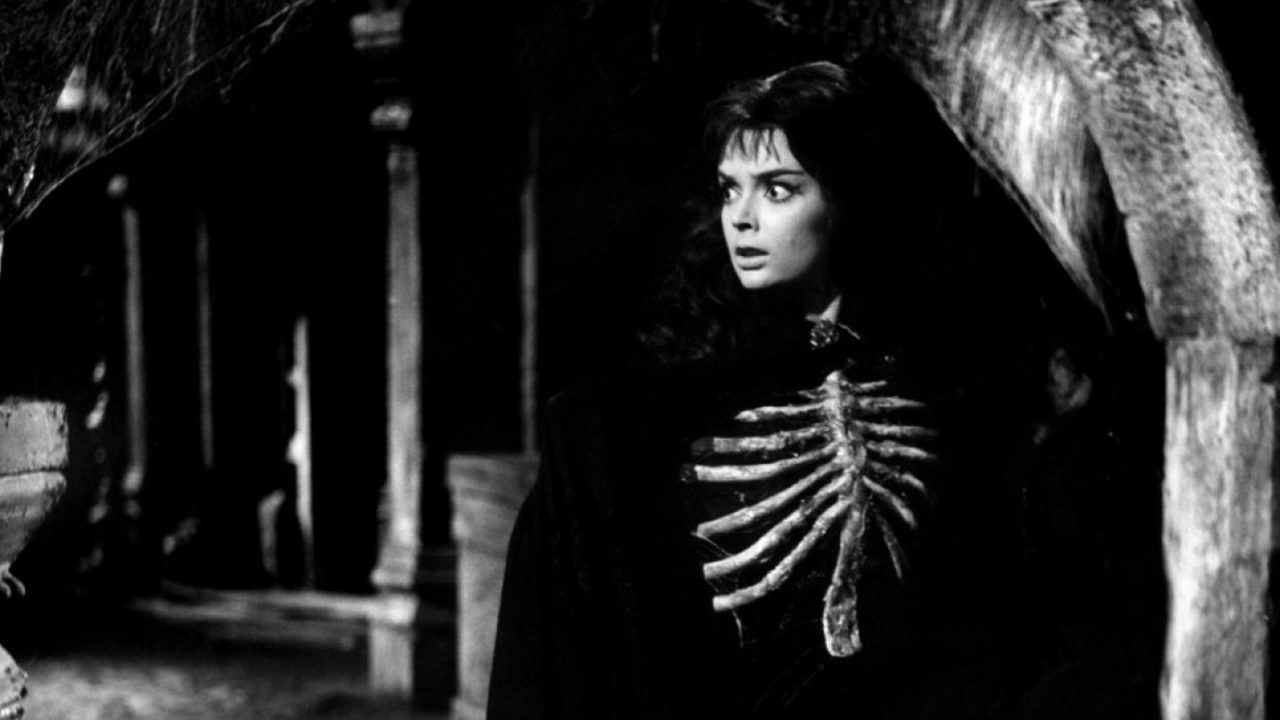 Mario Bava’s directorial debut bridges the gap between gothic horror and European art film. In a mesmerizing performance, Barbara Steele stars as a beautiful woman tortured and executed as a witch—but not before pronouncing a curse upon those who have condemned her, a curse that is fulfilled some 200–years later. This is the original Italian cut, complete with Roberto Nicolosi’s expressive score and three–minutes of footage deleted from the US version.