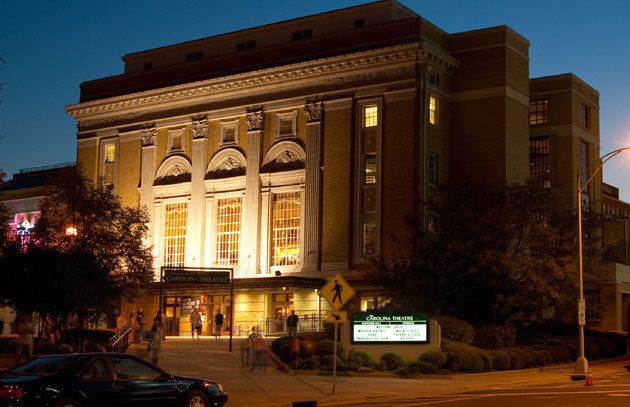 The Carolina Theatre of Durham welcomed 16,099 students, including 9,842 from Durham Public Schools (DPS), to 20 entertaining and enriching Arts Discovery Educational Series (ADES) shows during the 2016-17 school year. The attendance was a 79 percent increase from the 2015-16 school year.

Attendance among DPS students increased fivefold in 2016-17. The theatre partnered with the school system to offer free tickets to Durham Public Schools students thanks to the generous support of the Fox Family Foundation.
“We’re extremely happy with the results of this pilot program after one year,” Bert L’Homme, Durham Public Schools Superintendent, said.  “By both measures of student attendance and quality of programming, we feel it was a clear success, and we look forward to continuing this program for the next school year.”
The theatre’s partnership with DPS allowed many students to experience live performing arts in a theatre setting for the first time. More than 8,000 of the students who attended the ADES programming in 2016-17 were from Title I schools, defined by the U.S. Department of Education as those institutions with the highest percentage of students who come from low-income families.
Among the many wonderful productions the students enjoyed at the Carolina Theatre were The Legend of Sleepy Hollow, Harriet Tubman and the Underground Railroad, Pete The Cat and a school-time performance from classical/hip-hop duo, Black Violin. The theatre would like to thank the Fox Family Foundation, Blue Cross and Blue Shield of North Carolina, Duke Energy and GlaxoSmithKline for their support of the program.
“We want our Arts Discovery series to be a place where educators bring their students for an arts experience that they can then take back to the classroom for deeper conversations about what students saw, felt and heard,” Noel James, Carolina Theatre Director of Education and Community Engagement, said.
The Carolina Theatre has already booked a full slate of Arts Discovery Educational Series shows for 2017-18, which will include Apollo to the Moon, Mike Wiley’s Dar He: The Story of Emmett Till, and other world-class productions.
“The 2016-2017 season ushered in CTD’s renewed commitment to arts education, and our 2017-2018 season is the theatre’s most ambitious yet,” Dan Berman, Carolina Theatre Interim President & CEO, said.
The Carolina Theatre looks forward to continuing to program the Arts Discovery Educational Series with enriching, educational and entertaining performances designed to complement classroom curriculum and bring lesson plans to life.