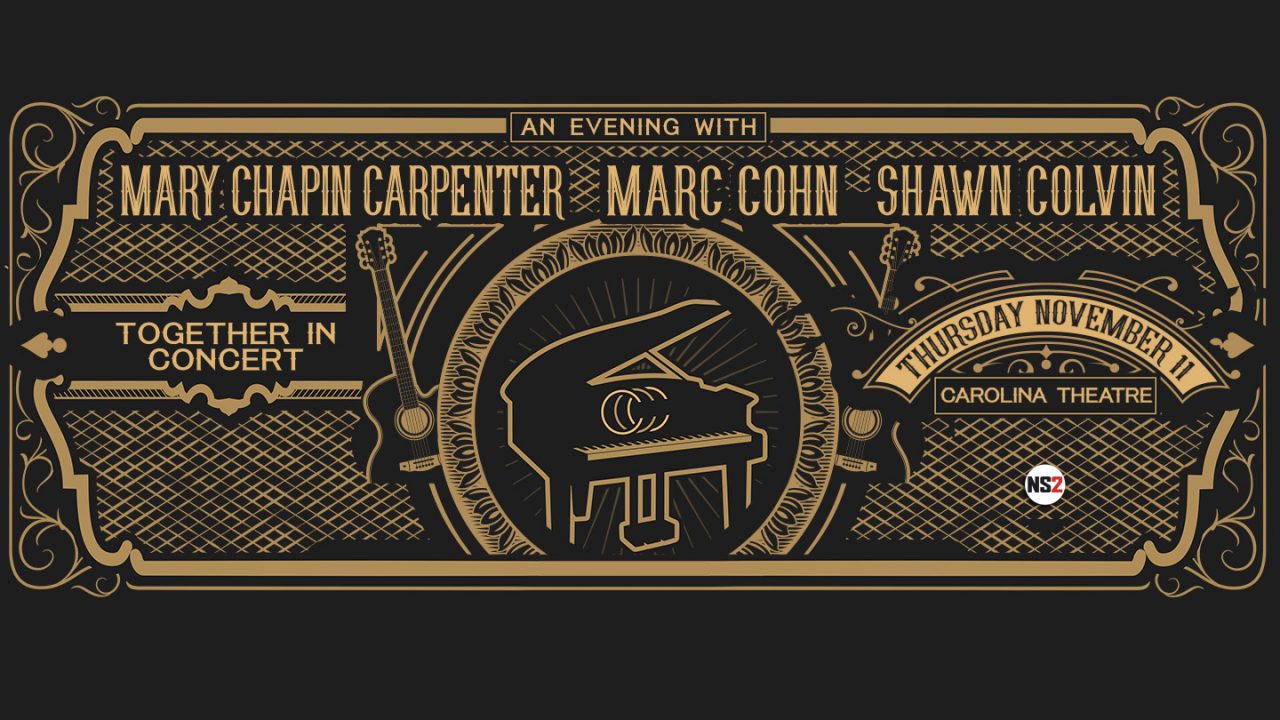 Tickets On Sale This Friday, July 2

The tour will visit the historic Carolina Theatre of Durham on Thursday, November 11 at 8 p.m. Tickets to see this incredible show start at $59.50 and go on sale Friday, July 2 at 10 a.m. at the venue’s website – www.carolinatheatre.org – and through Ticketmaster.com.

About Mary Chapin Carpenter:
With hits like “Passionate Kisses” and “He Thinks He’ll Keep Her,” Mary Chapin Carpenter has won five GRAMMY Awards (with 15 nominations), two CMA awards, two ACM Awards and is one of only fifteen female members of the Nashville Songwriters Hall of Fame. Over the course of her acclaimed career, Carpenter has sold over 15 million records. In 2020, Carpenter released two albums—The Dirt And The Stars in August 2020, and One Night Lonely, recorded live without an audience at the legendary Filene Center at Wolf Trap in Virginia during the COVID-19 shut down—in addition to sharing “Songs From Home,” a virtual concert series which has been viewed over 10 million times.

About Marc Cohn:
After winning a GRAMMY for his soulful ballad “Walking in Memphis,” Marc Cohn solidified his place as one of this generation’s most compelling singer-songwriters, combining the precision of a brilliant tunesmith with the passion of a great soul man. Rooted in the rich ground of American rhythm and blues, soul and gospel and possessed of a deft storyteller’s pen, he weaves vivid, detailed, often drawn-from-life tales that evoke some of our most universal human feelings: love, hope, faith, joy, heartbreak. In 2019, Marc released a collaborative record with gospel legends Blind Boys of Alabama titled ‘Work To Do,’ which was released on BMG.

About Shawn Colvin:
Shawn Colvin won her first GRAMMY Award for Best Contemporary Folk Album with her debut album, Steady On. She has been a mainstay of the singer-songwriter genre ever since, releasing thirteen superlative albums and establishing herself as one of America’s most revered live performers. Her songs are slow-release works of craft and catharsis that become treasured, lifetime companions for their listeners. Colvin triumphed at the 1998 GRAMMY Awards, winning both Record and Song of the Year for “Sunny Came Home.”

Don’t miss your chance to see Mary Chapin Carpenter • Marc Cohn • Shawn Colvin: Together In Concert live at the Carolina Theatre on Thursday, November 11 at 8:00 p.m.