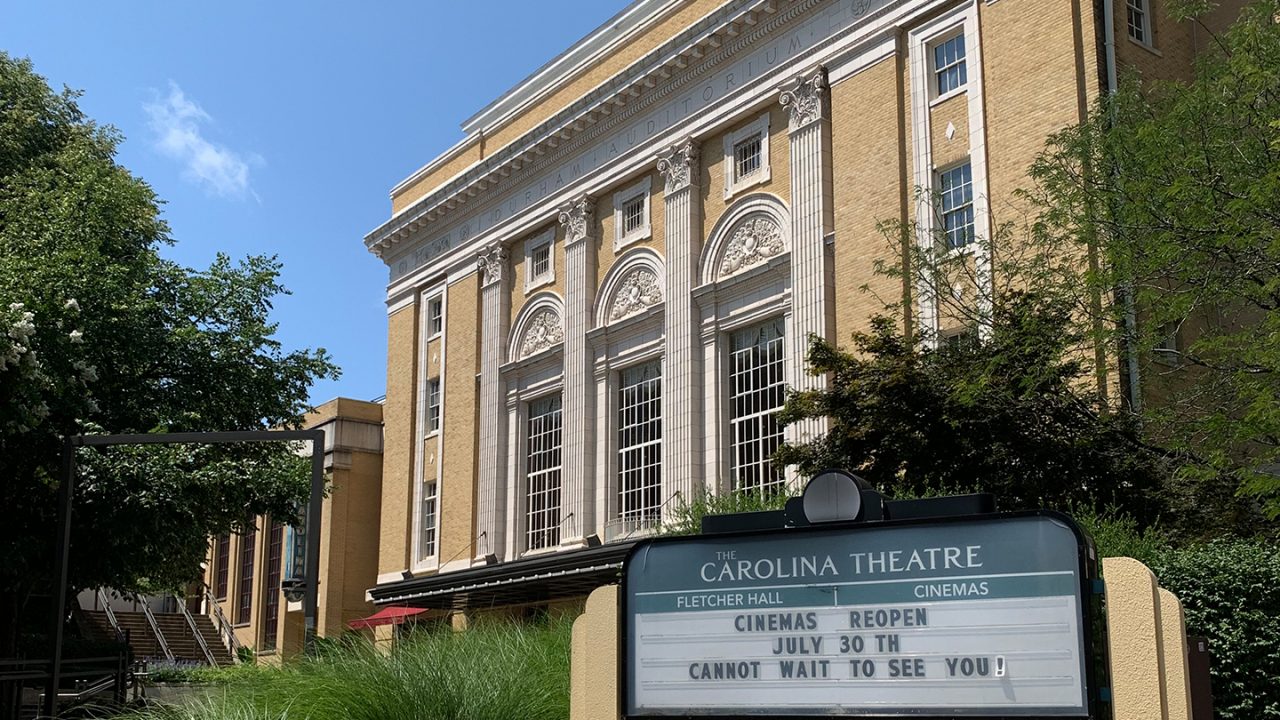 Beginning August 6th, The Retro Film Series – one of the longest-running weekly genre film series in the United States — will bring repertory classics back to its screens with double features that include: “The Muppet Movie”, “2001: A Space Odyssey”, “Suspicion”, “The Craft”, “Die Hard”, and “Eraserhead”. The Splatterflix Film Series also returns on October 8-10 and programs such horror titles as John Carpenter’s original 1978 shocker, “Halloween” and a special 35mm presentation of Michael Mann’s “The Keep”. The venue will also present the fourth edition of its much-anticipated annual event, “The Rocky Horror Picture Show Halloween Ball” on October 29-30.

“It’s wonderful to be back,” says Jim Carl, the Carolina Theatre’s Senior Director of Film Programming. “Fans have been asking for months about our reopening, especially regarding the Retro Film Series and Splatterflix. Walking back through our doors is like visiting with an old friend after a long journey.”

Tickets for all cinematic events will go on sale on Friday, July 16 through the venue’s website, www.carolinatheatre.org and www.Ticketmaster.com. Tickets can be purchased at the Box Office one hour prior to the first screening on night-of-show. The Carolina Theatre Box Office will re-open regular hours for ticket purchases starting at 11:00 a.m. on Monday, August 23. The nonprofit that operates the city-owned venue will also continue to program virtual films. A full list of film programming will be available at www.carolinatheatre.org/films.

“Along with the City of Durham, we have made major investments in the Carolina Theatre for the comfort and safety of our guests during our closure,” says Randy McKay, the Carolina Theatre’s President & CEO. “That includes tens of thousands of dollars in new state of the art HVAC upgrades from Global Plasma Solutions (GPS) that remove biohazards, pollen, and other contaminants to make our air as pure—and sometimes purer—than outdoor air.” The theater has also earned a Global Biorisk Advisory Council® (GBAC) STAR™ accreditation for its cleaning practices to ensure that guests have a safe and enjoyable experience. “Together, these cleaning practices and advanced air filtration make the Carolina Theatre one of the safest spaces to attend a film or live event in the region,” says McKay.

The Carolina Theatre has weathered nearly a century of changing conditions to remain at the heart of Durham since 1926. We look forward to welcoming you back to our cinemas starting July 30.