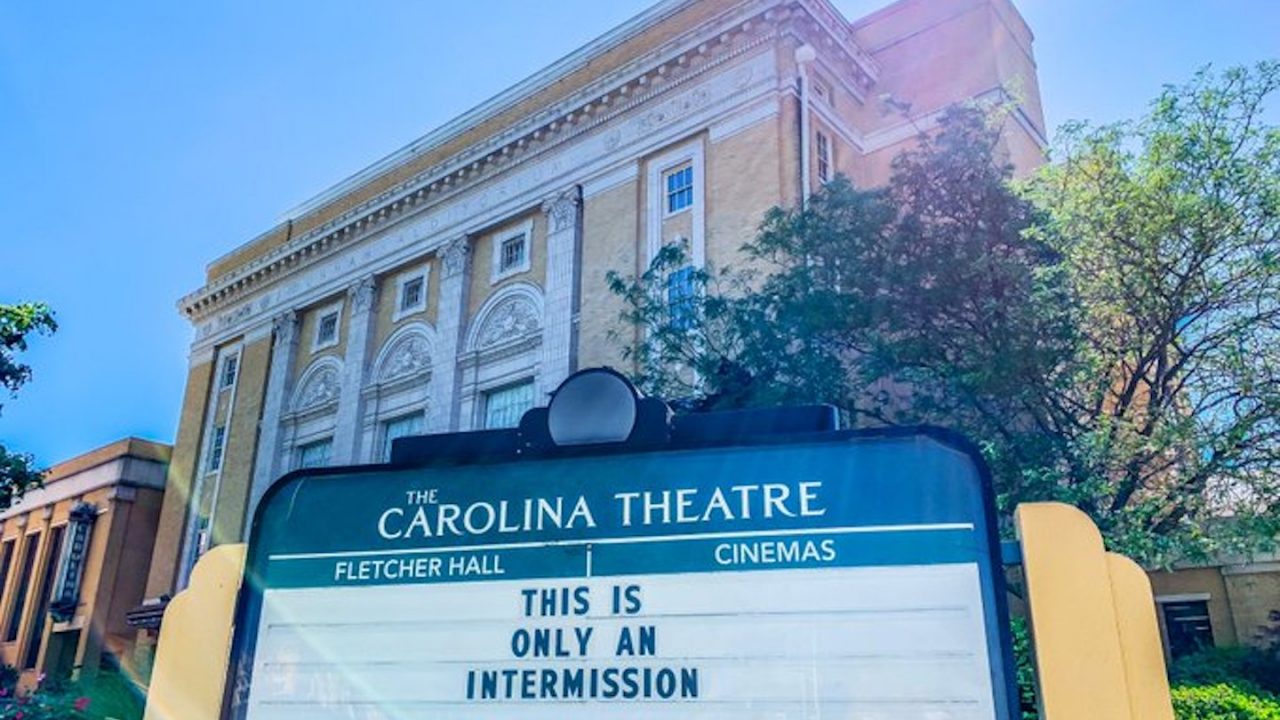 Moving forward, the board will evaluate and determine the feasibility of holding any previously scheduled live events, rentals, film screenings, series and festivals on a case-by-case basis, using North Carolina public health guidelines and recommendations as the basis for its decisions.

During this hiatus, staff will be reduced to a bare minimum in order to manage communications and fiduciary responsibilities.

Through these actions, Carolina Theatre of Durham, Inc. will conserve enough resources to re-open the downtown venue in July, allowing the historic showplace to continue serving its community.

“We’ve made every effort — very creative, innovative efforts — to stay open, and I’m proud of our attempts,” Board Chair Bill Brian said. “Our current plan is to conserve our resources so that the theatre can come roaring back when the present public health crisis has passed.”

The Carolina Theatre has been unable to operate at full capacity since the City of Durham closed the facility on March 13 due to the ongoing public health emergency. The nonprofit that manages the city-owned venue has attempted various creative ways to stay connected to its loyal community and its devout membership, including:

Those innovative new offerings provided an important link to normalcy for guests and supporters of the Carolina Theatre and demonstrated the dedication and resolve of the nonprofit’s talented staff. However, those programs were unable to generate enough revenue for the nonprofit to continue utilizing its resources for them into 2021, as the entire nation faces continued uncertainty related to the public health emergency.

Partners and renters of the venue such as NS2 (National Shows 2), Duke Performances, the Durham Savoyards, the Chamber Orchestra of the Triangle, the Full Frame Documentary Film Festival and others have been informed of the closure. All have expressed their intention to return to the Carolina Theatre once conditions allow for larger capacity audiences.

Anyone who has purchased tickets to an event on the Carolina Theatre’s schedule should continue to hold on to their tickets until the event happens as scheduled, or until an event has been postponed or officially canceled. Members or donors with questions about membership and support should email Development Coordinator, Cheyanne Murdock, or call (919) 560-3040 x247.

The Carolina Theatre has weathered many difficult circumstances in its 95 years in the heart of Durham. Time and again, it has emerged as a resilient beacon of arts and culture for its community. It looks forward to opening its historic doors again soon and welcoming faces both familiar and new, as it has since 1926.