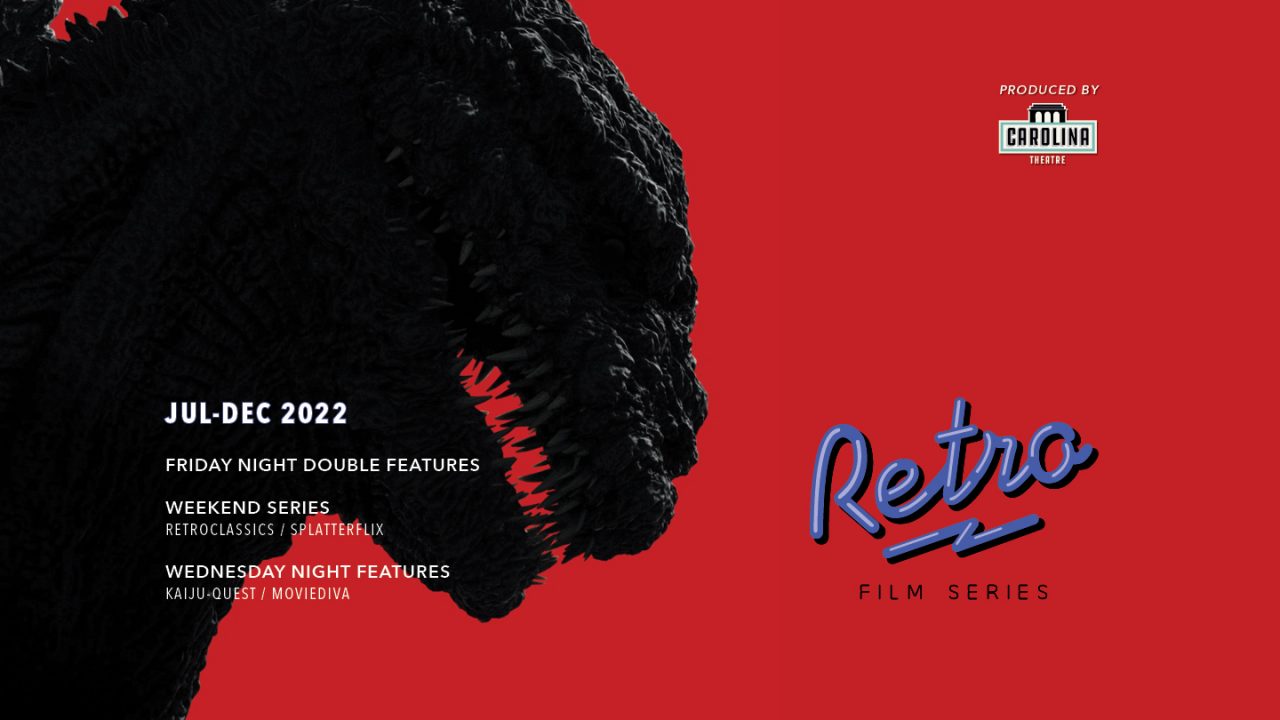 This season’s double-features include “The Dark Crystal” and “The NeverEnding Story,” “Dirty Dancing” and “Grease,” “Legend” and “Ladyhawke,” and “Casablanca” and “Out of the Past,” and more.

The MovieDiva Film Series and Kaiju-Quest Film Series happen on select Wednesdays from July through December. MovieDiva focuses on classic films with strong female leads. Films include “Frenchman’s Creek,” “Romancing the Stone,” “Sparrows,” and more. Kaiju-Quest is a Japanese genre of film focused on big monsters. Featured films include “The Host,” “Godzilla 1984,” the “Gamera” series, “Shin Godzilla,” and more.

RetroClassics and SplatterFlix happen over a weekend in July and October, respectively. RetroClassics is July 22-24 and includes some of the best motion picture films throughout history. The series includes “Citizen Kane,” “Close Encounters of the Third Kind,” “Seven Samurai,” “Stormy Weather,” and more. SplatterFlix is a Halloween-based series, featuring everything spooky and happening October 7-9. Films include “Blood for Dracula,” “Flesh for Frankenstein,” “Hocus Pocus,” “The Tingler,” and more.

The full series of films can be found at carolinatheatre.org. Retro double-feature tickets are $10 and a season pass can be purchased for $125. RetroClassics, SplatterFlix, and special event screenings are not included in the season pass. Please see carolinatheatre.org for more information.