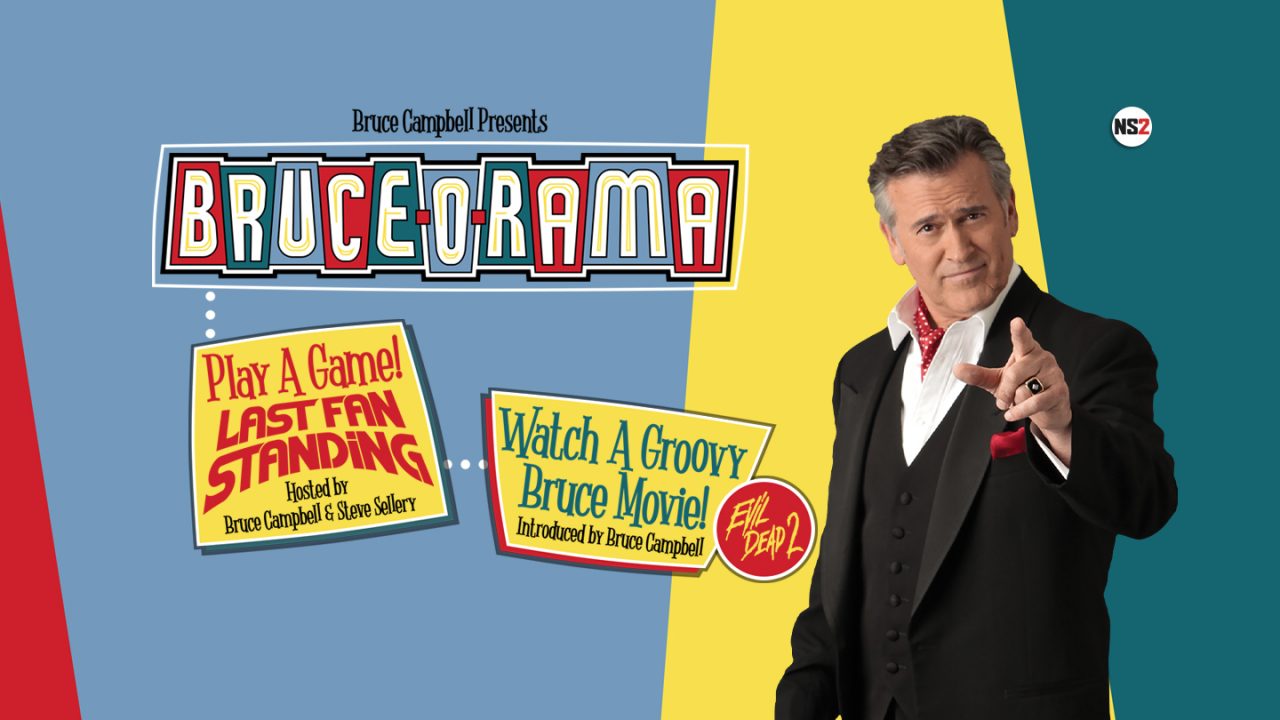 Tickets to see BRUCE-O-RAMA are on sale at the Carolina Theatre box office and the venue’s website, www.carolinatheatre.org.

BRUCE-O-RAMA is hosted by actor and director Bruce Campbell, best known for his role in the “Evil Dead” horror film franchise. The event features a trivia game show where audience members are the contestants, a question-and-answer session, and a screening of “Evil Dead II,” starring Bruce Campbell.

The interactive game show is called “Last Fan Standing,” and tests the audience’s fantasy, horror, sci-fi, superhero and gaming knowledge. Everyone in the audience gets to play, and fans answering the most questions correctly in the fastest amount of time will come up on stage with Campbell for the “Final Face-Off.” Only one player will be crowned the “Last Fan Standing.”

Don’t miss your chance to see BRUCE-O-RAMA starring Bruce Campbell at the Carolina Theatre on April 10, 2023.