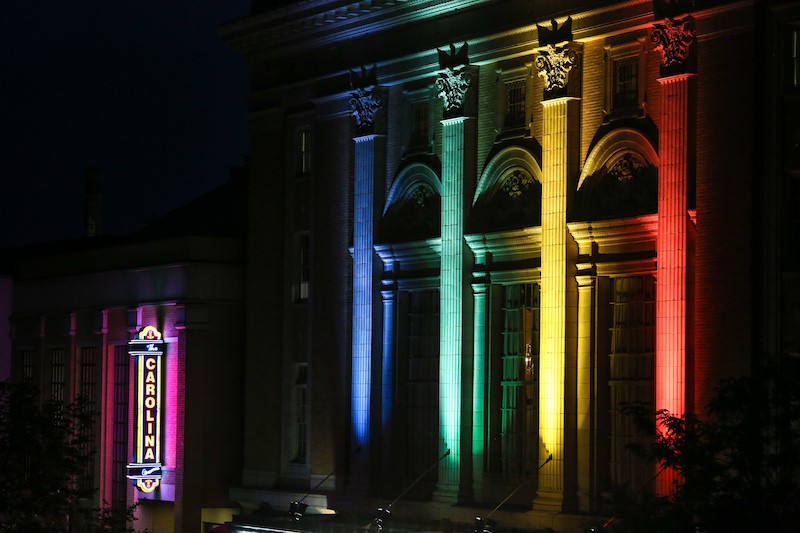 One of the nation’s most respected festivals for LGBTQ cinema for more than two decades, the North Carolina Gay + Lesbian Film Festival (NCGLFF) returns to the Carolina Theatre of Durham this Thursday through Sunday (August 10-13) with 148 films from 24 countries, including 126 shorts and 22 features.

Ten-Passes, which enable guests to choose 10 film screenings at NCGLFF, and tickets to individual screenings are on sale now at the Carolina Theatre box office, ncglff.org and carolinatheatre.org for $85 and $10 respectively. go on sale Friday, July 21 for $85

The Durham Convention and Visitors Bureau named the NCGLFF a Signature Event for Durham, the highest honor bestowed on a cultural event or attraction by the organization. The second largest gay, lesbian and transgender film festival in the Southeast, NCGLFF has attracted thousands of filmmakers, artists and fans to downtown Durham each year since it was founded in 1995 as the Q Film Fest. The festival was dubbed the NCGLFF in 1996.

Among the most-anticipated films selected for this year’s festival:

All films will screen at the Carolina Theatre, using the historic venue’s 1,000-seat Fletcher Hall; the 226-seat Cinema One and the 49-seat Cinema Two.

NCGLFF guests who don’t want to miss any of the festival’s films can purchase sandwiches from Durham’s own Toast Paninoteca at the Carolina Theatre’s concession stands. On the menu: Italian Herb-Roasted Ham with house dill pickles, dijon, and provolone; Chicken Salad Sandwiches; Egg Salad Sandwiches; Chicken Salads; Peanut Butter and Jelly and Side Salads.

As it has since 1995, the North Carolina Gay + Lesbian Film Festival will once again screen the very best in LGBTQ cinema at the historic Carolina Theatre in downtown Durham from Aug. 10-13. Don’t miss it